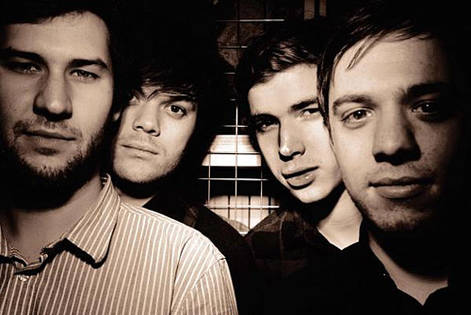 Everything Everything are the latest addition to the sold out Glastonbury Festival line up taking place in June.

The latest band to be added to the bill at Glastonbury this year are Everything Everything, joining the likes of Mumford and Sons, Coldplay, U2, Beyonce and more.

British alternative rockers rose to fame when they were revealed as part of the BBC's Sound of 2010 poll on 7 December 2009. The band released their debut album, Man Alive through Geffen Records on 30 August 2010; where it debuted at number 17 in the United Kingdom. After playing at last years festival Everything Everything have again landed themselves a slot performing in front of the thousands that will be attending.

Glastonbury Festival is undoubtably the largest greenfield music and performing arts festival in the world and a template for all the festivals that have come after it. The difference is that Glastonbury has all the best aspects of being at a Festival in one astonishing bundle. Each area of the festival has its own character, with different themes and attractions.

The dates for this years festival are 22nd - 26th June.