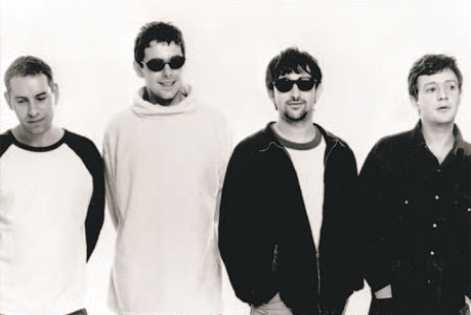 Although all tickets to this years Kendal Calling are now gone, organisers continue to work with some of the UKs best promoters to book more amazing acts & ensure that this years revelers enjoy an action packed show!

Kendal Calling has sold out for the 7th consecutive year and the countdown is on for this year’s festival; as the site begins to take shape and the crew start to create 16 areas and arenas of wonder! The gates will fly open in just 3 weeks, and Kendal Calling is now revealing details of the all-new Woodlands Stage as well as releasing news of many more artist additions.
With over 100 new artist additions including: Lightning Seeds // Redlight // The Whip (DJ Set) // Little Barrie // Sound of Guns // Little Comets // Alpines // Karima Francis // The Travelling Band // Admiral Fallow // Mungo's HiFi // Dave Haslam // Mike Joyce (The Smiths) Radio // B>E>A>K // Will TRAMP! // Where's Strutter // Monument Valley // Endoflevelbaddie // Hatcham Social // Catfish & The Bottlemen // Danielle Moore (Crazy P DJ Set) // Marc Roberts // Jenny-O // Thomas J Speight // Wolfie Razzmatazz // Freear // Mikey J // The Carpels // The Dub Jazz Soundsystem // The Fued // Shaolin Monkey // The Minx // Can't Mix Won't Mix // I am Blackbird // Ottersgear // Paper Tiger with Comedy from Duncan Oakley // The Beta Males // Ray Guns Look Real Enough // Not Quite Quartet // Mik Artistik and many more new additions over all stages and across the full weekend, head to http://www.kendalcalling.com/lineup for the full line up.
Although all tickets to this years Kendal Calling are now gone, organisers continue to work with some of the UKs best promoters to book more amazing acts & ensure that this years revelers enjoy an action packed show! The Calling Out tent has been curated by ITB (International Talent Booking) on Friday to bring some of the hottest new bands to the stage.
Lightning Seeds are a much loved Northern act and it’ll be a joy to catch hits like “Lucky You” and “Life of Riley” as they play on the main stage alongside physchedelic folk artists like The Travelling Band and headliners Maximo Park, Dizzee Rascal and James.
The Soapbox stage returns with the likes of musician and comedian Duncan Oakley, a one-man-band who delivers rip roaring sets. Along with high-spirited Ray Guns Look Real Enough, The Beta Males have been making waves on the comedy circuit. Following acclaimed shows at Edinburgh, sell out gigs at Soho Theatre and a Chortle award nomination, we can’t wait to see this collective take to the stage.
The brand new Woodland Stage has been getting the team very excited! Be ready to explore undiscovered territory for late night adventures and soothing afternoons amongst the trees. The stage will feature Nu-folk and Electro followed by a Silent Disco with mind-blowing visuals and AV installations! Acts confirmed for the Woodland Stage include Alpines Music, Jenny O and acclaimed folk artist Thomas J Speight plus much more still to be announced.
The House Party returns this year; a venue like no other…think an actual Houseparty in a field but instead of gatecrashers amazing special guests popping in for a brew. Then as the sun sets, the House Party really comes into its own as an all-star lineup of DJs take to the decks, be sure to gatecrash!
Kendal Calling puts Lowther Deer Park on the map for the 7th year running, creating a hub of music and culture as they bring in talent to the Lake District from all across the UK. After winning Best Small Festival for the past two years in a row and selling out every year since it began, fans can rely on Kendal Calling to deliver an incredible weekend of escapism and excellent music. This year’s theme is Fairytales & Comic Books so ticket holders are encouraged to let their imagination run wild with just 3 weeks to go until this years irrepressible extravaganza! See you in the fields..