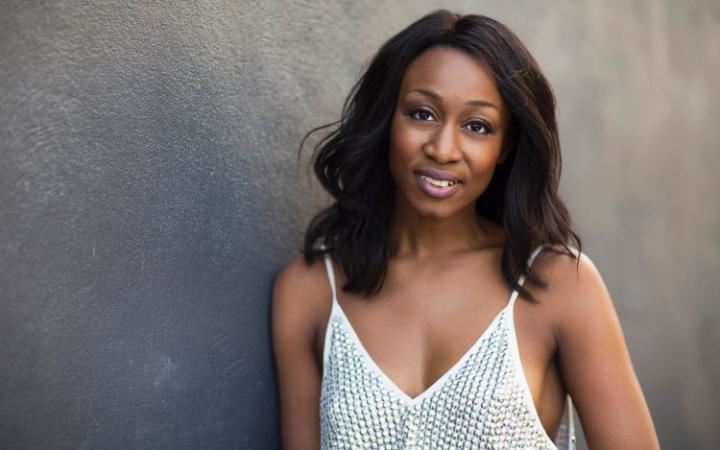 Widely acclaimed as one of the most important figures of the UK R&B scene, Beverley is also now a successful West End musical star. Beverley will take to the stage at Great Tew on Sunday 10 July before heading back to London’s West End to reprieve her role as Rachel Marron in The Bodyguard. Her latest album, Soulsville is released on 10 June.

Two other incredible female vocalists have been added to the line-up.  Nashville Country star, Stella Parton, Dolly’s younger sister, has a big voice and a big following of her own and will be making a rare appearance on this side of the Atlantic on Friday 8 July along with young Scottish singer songwriter Kerri Watt.

Festival director Hugh Phillimore has also slipped in another act which he says he just couldn’t turn away: ‘Sometimes we come across something rather special while developing our international connections – world moving and shaking really. This year’s special newcomers are Aussie duo Pierce Brothers.’

Twin brothers Jack & Pat Pierce have rapidly moved from busking on the streets of Melbourne to impressing festival audiences across the world with their harmonious high energy live performances. The duo will perform on Sunday 10 July on the Main stage following the not so harmonious Tuneless Choir from Nottingham, a community ensemble guaranteed to charm the audience with their passion and enthusiasm.

And more of the other

Top talent from the British comedy circuit: Dane Baptiste, Carl Donnelly, Ed Gamble and Nish Kumar are among the stand out stand-ups heading for the Cornbury Music Festival this year, but before they take to the stage each day, the Festival will be hosting a family-friendly Poetry Corner. Friday’s stage welcomes back verbal improvisers from the Beatnik Boulevard with their smart on-the-spot poetic banter. Murray Lachlan Young brings his Edinburgh Award winning Cautionary Tales for Children to delight on Saturday morning and Hugh Nankervill will open on Sunday with a special song-writing set.

There is a reason Cornbury Music Festival is so popular with families. It’s not just that it’s one of the safest, most relaxed festivals in the country, nor that there’s music to appeal to all ages, a great range of child-friendly food and quiet camping. It’s the fantastic Kids’ Zone with activities to suit all ages running throughout each day of the festival: things to watch, things to join in with, things to have a go at, things to listen to, things to throw around, and quiet things - musical moments and gentle yoga.

The Kids’ Zone is a colourful, creative, friendly space right in the middle of the festival, in sight of the main stage, so families can drop in and out whilst seeing all the festival highlights. And, unlike other festivals, all activities are free - there is no need to book in advance, just turn up and join in.

Spread over three tents and an open area, the wide mix of activities means there is something for all ages on the go all the time.

Making a song and dance of it

As well as an impressive range of free arts and crafts activities for all ages, youngsters can learn to play the ukulele, create songs, find their inner rhythm at the Samba drumming workshops or pick up new disco moves. There are children’s theatre and puppet shows, giant den building, time travelling to the Apollo Moon Landings and the ever-popular Circus Skills Workshop offering expert tuition in juggling, plate-spinning, diablo, unicycle, hula hoops and much more

New this year is the Mayflower Project Teen Tent, a comfortable and safe setting where young festival goers can take part in workshops to learn new skills or just hang out with friends. Teenagers are an oft-neglected demographic at festivals. They cannot go into the bars and experience the event as adults would and the activities in the kids’ areas are often too young for them to enjoy. The Teen Tent, with its comfy sofas has activities to distract them if they are bored but also gives them the freedom to do as much or as little as they wish.

Outside the Kids Zone, all the family can enjoy world class street performers across the Festival site as well as the magnificent funfair.

Children’s tickets cost from £10 with free entrance for under-threes and quieter camping options available at the same price as general camping tickets.

If you want to avoid booking charges, you can now buy non-camping Cornbury Music Festival tickets from Chipping Norton Theatre’s box office - book in person or over the phone - 01608 642350

For tickets with camping and information go to www.cornburymusicfestival.com or call the ticket hotline 0844 338 0000

Leave the car at home

There are shuttlebus services from Charlbury and Banbury Train stations to and from the Festival site, go to www.cornburymusicfestival for details