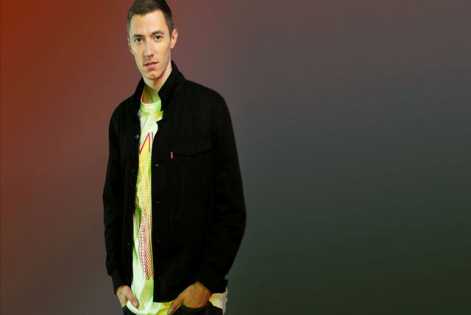 Going bold with a lineup that reads like a who’s who of UK and European electronic music, Stop Making Sense 2012 looks stronger than ever – where London, Berlin and Paris collide.

The Stop Making Sense 2012 lineup brings together the cream of dance music talent for five days and nights of partying by the sea – with Lil’ Louis, Benji B & MC Judah, Ron Trent & Chez Damier, Move D, A Skillz, Adrian Sherwood, Steffi and Deetron, plus Tortured Soul, Jimmy Edgar and The Correspondents live – and that’s only some of what you can expect!

One of the founding fathers of house music, Lil’ Louis is an internationally renowned artist, producer, DJ, songwriter and author. Epitomising the sound of Chicago house, Lil’ Louis is a true legend. Also repping Chicago house are Ron Trent & Chez Damier. The pair, who founded Prescription Records – widely considered one of the most forward-thinking electronic music labels of all time – in the early ‘90s, are reunited for the first time in 15 years!

Deviation head and Radio 1 DJ, Benji B is renowned for his eclectic and diverse collection and his broad DJ style, where genres are mixed and matched seamlessly. Pioneer dub producer, experimentalist and reggae champion, Adrian Sherwood promises a set that celebrates his three decades in the business. Remix mastermind, A.Skillz ups the ante, with his mashup party style.

German house and techno producer Move D pushes boundaries and opens new doors with his music. Experimental and exciting, his will be a set to remember. Dutch DJ, producer, label boss and OstGut Ton favourite, Steffi is one of electronic music’s most skillful DJs. She’ll mix up an eclectic set that will delve into deep, analogue and disco house. And, with sets that last the dancefloor distance, Swiss techno DJ and producer Deetron brings his bouncy, melodic Detroit-loving sound, promising to be a highlight.

Brooklyn’s Tortured Soul bring their live house music show – renowned as they are for their soulful sound and intriguing performances. An exponent of electronic eclecticism, Jimmy Edgar funks it up, and with a new album coming in June his set is sure to offer plenty of surprises. And, rounding up the live headliners, The Correspondents return to Stop Making Sense, exploring their own twisted history of music, taking in jazz, electro, jungle, dubstep and drum’n’bass – with bounding MC Mr Bruce over the top.

As well as a bundle of headliners who could hold this five-day party on their own, Stop Making Sense 2012 is serving up a stunning list of DJs and acts, including Dark Sky, Daniel Avery (Stopmakingme), Nick Höppner, Sketchy, Moxie, George Fitzgerald, Etienne Tron, Hannah Holland, Another Amit and Sven Weisemann, and a whole list of others…

Stop Making Sense 2012 presents a stellar lineup of acts from across the dance music spectrum – from jazz, Latin and Afro house, to Chicago via Detroit and techno, through reggae, dubstep and electro – a kaleidoscope of sun, sea and electronic entertainment.

The music programme runs 12pm until 1am in Tisno, with two stages, boat parties, a private beach, tiki bars, and much more… From 11pm to 7am, the late-night action continues at the local Barbarella’s open-air club. There’s nothing better than partying under Croatian stars until a steady sunrise takes revellers into a new day of the nonsensical and sublime.

Stop Making Sense is a music and dance festival, a summer haven and a sunshine getaway all rolled into one. But it’s really mostly about a true love of music. Get involved!

Benji B A. Skillz