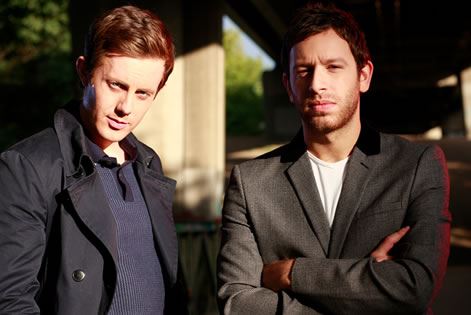 Top DJs, live acts and dance labels are headlining Sundown Festival this August. The multi-genre Norfolk festival will have a distinct electronic vibe this year, with electronic acts playing on both the main stage and dance stage.

The dance offerings on the main stage on the Saturday include dance experimentalists Chase & Status, who remain one of the most in-demand Sundown acts, and BBC Radio 1’s masterful DJ Zane Lowe. UK rapper Tinie Tempah joint headlines the Saturday main stage, whilst Sunday will feature British electronic group Clean Bandit, whose hit ‘Rather Be’ is currently No.1 in the UK charts.
Defected Records will host the dance stage on Saturday night, and the British label is bringing two of the most in demand producers and DJs of the moment: America’s MK, and Breach. Both MK and Breach are leaders of the new deep house movement that has swept through clubs globally. Sam Divine, resident of Ibiza’s famous Ushuaia club, will also DJ.
On the Sunday, Andy C’s RAM Records will take over the dance stage for a drum & bass spectacle, featuring Wilkinson, Calyx & Teebee, and the talented label boss himself. Both Wilkinson and Calyx & Teebee are currently riding high off the back of some recent big club hits,
Sundown Festival has experienced phenomenal growth since its inaugural event in 2011, and is now considered one of Britain’s best music events to see out the summer. This year’s Sundown will play host to more acts, across more stages, and tickets are expected to be in high demand after Sundown audiences grew from 15,000 people in 2011, to 38,000 in 2013. Last year all camping tickets sold-out months before the festival.
Sundown Festival spokesperson, Dion Clements comments: “Sundown Festival has enjoyed incredible success in quickly establishing itself as one of the UK’s best music festivals to end the summer season. Treating festivalites to our unique offering of the some of the best urban, electronic and pop acts on the main stage, alongside highly respected dance labels and DJs playing stage two, Sundown brings together a diverse music audience for one huge weekend.”