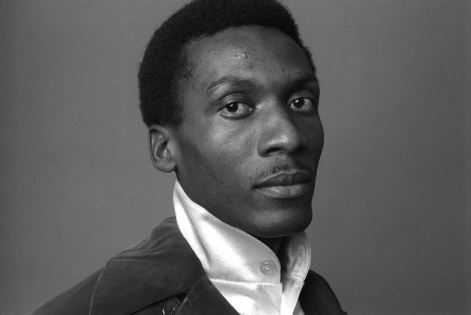 BoomTown have issued some pretty exciting news so far this year and now to add to the ever mounting anticipation for one of the summer’s most immersive and theatrical events, BoomTown has revealed the initial wave of artists for the sixth instalment

First up, is the welcome return to the UK festival circuit after a seven year hiatus, The Cat Empire! Other headliners of this incredibly diverse festival include one of the biggest names in Californian ska-punk NOFX, the most well-known band in the history of reggae The Wailers, another reggae legend Jimmy Cliff, Grammy Award winning Mali musicians Tinariwen, eight-time winners at the BBC Folk awards Bellowhead and at the other end of the musical spectrum; queen of the dancehall Lady Saw, French ragga supremoes Raggasonic, the world debut outing of the UK Allstars, electronic mastermind Tipper and the raw electronic sounds of Boddika. This is one seriously hot initial line-up looking to set the summer on fire! BoomTown Fair is held over 7th – 10th August at the Matterly Estate, Winchester and caters for a huge amount of musical tastes from folk and world music, all the way through to the soul penetrating bass of ragga and jungle.
Accompanying the headliners The Cat Empire and NOFX on the ska, swing and punk stages are:  New Orleans Hot 8 Brass Band, bringing their version of the traditional marching band right up-to-date with bass, funk and hip-hop sounds.There will also be cheeky cockney chappies Chas n Dave with their special blend of ‘Rockney’; Hayseed Dixie will be bringing a unique take on AC/DC classics with their very own genre of ‘Rockgrass’.  The irrepressible [dunkelbunt] and the Secret Swing Society, five piece folk-punk outfit The Dreadnoughts; lost legend of Ska Freddie Notes, along with; Tape Five, Phoenix City Allstars feat Rhoda Dakar, Russkaja, Woohoo Revue, The Destroyers, The Trojans, Molotov Jukebox,  La Selva Sur, Babyhead and Horace Panter's Uptown Ska Collective.
In addition to very welcome return of Jimmy Cliff, the inaugural appearance at BoomTown of French trio Raggasonic and the first-lady of dancehall and GRAMMY winner Lady Saw, the reggae, dub and jungle stages are going to be shacking to the sound of some of the meatiest basslines in the world of reggae and dub! One of the most exciting acts to venture into the Lion’s Den, is the world debut of the UK Allstars, as the name suggests, this line up consists of the ultimate selection of originators from UK dancehall; Congo Natty, Congo Dubz, Tippa Irie, Top Cat, General Levy, Daddy Freddy, Sweetie, Irie, Tenor Fly and Nanci & Pheobe!!!  Also bringing the full force of their bass to the incredible Lion’s Den temple stage will be Warrior King, Easy Star All Stars performing the entirety of ‘Dub Side of the Moon’, Chronixx & Zinc Fence Redemption, Dawn Penn, The Skints, Mungo’s Hi-Fi Full Sound System, Macka B & The Roots Ragga Band, Benny Page, Raging Fyah, The Heatwave, Robbo Ranx & Stylo G & Sister Nancy.
With folk and world music a key focus for BoomTown this year and a dedicated brand new stage to host it all, there is set to be a huge influx of live acts to the festival with much more acoustic music available to soak up and chill out in one place; with international big hitters such as Tinariwen and Bellowhead the first announced headliners, along with global music movement Playing For Change Band, created to inspire and connect the world through music and with some of the most recognisable names in world music involved this is one collective of musicians not to miss! Mercury Award nominee Sam Lee and Friends, the incredible Joe Driscoll & Sekou Kouyate, the whirling dervishes of English folk 3 Daft Monkeys, BoomTown favourite Dub FX, along with Johnny Flynn and the Sussex Wit, Eliza Carthy, The Bad Shepherds, Treacherous Orchestra, Dizraeli & The Small Gods, Skinny Lister, La Chiva Gantiva and Beans On Toast.
Meanwhile, down in the depths of DownTown, amongst the Arcadia Spider BoomBox and the BodyShop is where the bassiest of bass and the most broken of beats can be found!! Confirmed so far are: Tipper, Boddika, Special Request, Hannah Wants, Dub Phizix & Strategy, Ms Dynamite, Mele’ & Slick Don, Friend Within, Rockwell, Stanton Warriors, Kahn & Neek, Proxy, Optiv & Btk, Black Sun Empire, Aphrodite, Bong Ra, Kry Wolf, Zed Bias, My Nu Leng, Swindle & Royal T, Altern8, Machine Code, Panachea, DJ Champion, Mouse Outfit, Jus Now,.