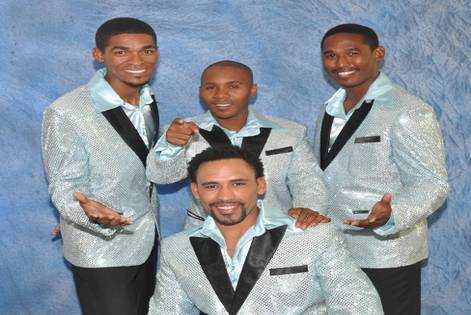 Brothers of Soul tribute to bands of the Motown era

Four South African guys have bravely decided to take on this very American genre in their Brothers of Soul tribute to bands of the Motown era.

Motown played a key role in the racial integration of popular music and saw the birth of legends such as The Jackson 5, Stevie Wonder, The Supremes, The Four Tops and Marvin Gaye.

Nathan Daniels, originally a Mechanical Engineer, leads his team through Motown classics by prodigies such as the Temptations, The Trammps, Hot Chocolate and The Isley Brothers. It can’t be an easy task to emulate legendary songs such as My Girl, Grapevine and the adored This Old Heart of Mine. If anyone out there can find a foursome that bounce off each other more than these guys I would be shocked. Motown is soulful R&B blended with strong flavours of pop and it may use a variety of musical instruments. However a prominent feature of Motown is the use of distinctive vocals, and this is where Brothers of Souls’ places its biggest emphasis.

The first half of the show appropriately opens with The Temptations’ Get Ready and the guys look spanky in their glittering satin suits. However there is no live band on stage and their background music has been pre-recorded which doesn't do any justice to their amazing voices. This does not affect the guys’ performances one little bit though. In fact, it actually makes you appreciate their vocals even more when you hear an acapella number, Old Man River which was awesome.

The second half kicked off with some classics like Pappa Was A Rolling Stone, Treat Her Like A Lady and Sexy Thing which are all performed with great energy and although their synchronised movements are spot on, they are a little cheesy (just like the good old days), but very entertaining to watch.

Nathan Daniels has the Motown look down to a fine art. His approach is sexy, with a hint of humour, and loads of Lionel Richie tossed in for good measure. It’s Motown with a modern twist and it feels right. Daniels has been performing internationally for the last nine years and although his performance feels very polished, it still brims with natural passion. His voice is soulful and will melt the butter off your toast.

Franklin Martin (Souldeep Productions), who I know quite well is still an upcoming singer and songwriter, has a silky crooner’s voice and he is quite a pleasure to watch but it seems as if he is still feeling his way around developing his voice’s full potential which believe me, won’t take too long. He is definitely someone to look out for in the future.

Reginald Manus, who has been performing abroad for the past eight years, and Denzil Williams, take a slight back seat in the performance though both can certainly hold their own when, given the opportunity. Manus’ performance of Love Train stands out as a sensationally memorable piece. Williams had the audience roaring for more when he did his raunchy Barry White voice during The Love I Lost. It is refreshing to hear a South African take on an American classic.

By the time they performed Disco Inferno every table was up and dancing which was amazing to see, and to see the guys performing with hugely proud smiles on their faces is what it is all about.

Brothers of Soul does not feel like it is pretending to be anything other than a tribute performance and as such, does an amazing job of an evening’s entertainment. The overall show does feel as if can be a bit more polished if it really wants to be slick, but that is what makes them so lovable with the crowd as it lets them interact with everyone and even lets them get people up on stage which is always great to see even though they did stitch the crowd participants up with their own version of the The Full Monty which was hilarious, especially when certain people on stage start stripping to the tune (my uncle, Matt Gravett). No shame at all.

There are no props to speak of apart from a small disco ball but that just keeps your concentration purely on them and not the gimmicks other groups would use. Their dancing movements are slick and all this compiled together is a fantastic evening out for all lovers of Soul, Motown and just generally a crowd that enjoys foot stomping, and clapping to happy uplifting love songs.

This was by far the best night of entertainment I had seen or listened to in my week’s holiday in Calan Porter, Menorca. They even had time to sit down and have a cheeky beer with the crowd after their exhausting, mesmerising performances.

I would highly recommend them to anyone, so much so that I bought their cd and play it all the time. So if you want to see these guys perform, I’m sure they’ll be there next summer with all the classics as well.

If you miss it, you will certainly miss out.

Published on 06 February 2012 by Paulski