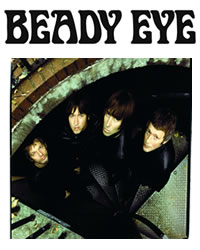 Beady Eye will join the Isle of Wight festival 2011 on June 12Th appearing as special guest to Kasabian. With iconic rockstar Liam Gallagher at the helm and a massive sell out UK tour this is sure to be an amazing set.
With the release of there debut album in February 'Different Gear, Still Speeding' Beady Eye comprising of Liam Gallagher, Gem Archer, Andy Bell and Chris Sharrock are already setting themselves up to be the big band of 2011 following the free download of the 1st single 'Bring The Light' earlier in 2010.
Isle of WIght festival has already got a lineup including Kasabian, Pulp, Kings of Leon, Foo Fighters and many more.
Tickets are on sale now.

Published on 06 February 2011 by Wayne Feltham