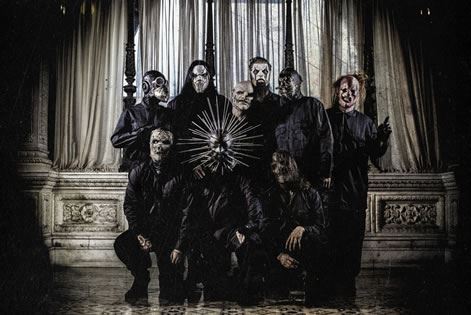 The multi-platinum, Grammy-Award-winning, masked beast that is SLIPKNOT is set to play a string of UK arena shows in February 2016.

After their triumphant return headlining this year's Download Festival at Donington Park, the metal icons return to these shores with their visually arresting, chaotic and spectacular shows.

SLIPKNOT frontman Corey Taylor comments: "Any time we get the chance to come over to the UK, it's awesome. Hopefully the fans have as much fun as we do. We'll be putting together a great set for them, and as we fill out the bill with bands, we hope the excitement gets even bigger."

Dates stack up as follows:

Published on 05 October 2015 by Ben Robinson