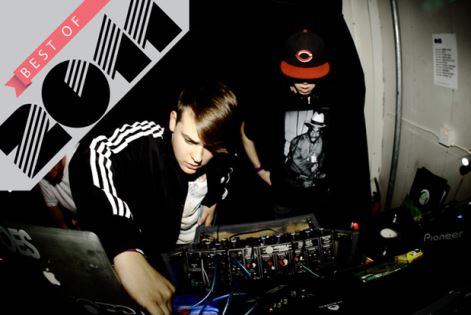 Organisers have announced Audio Doughnuts, London Based Club Night, Record Label and Music Agency, to take over the Temple of Boom on Sunday 14th July, bringing Melé, Dark Sky and Pusherman to LeeFest in South East London this July.

They will be joining Stanton Warriors and No Artificial Colours on the dance section of the line up, as well as the Noisettes and Delphic who are set to headline the intimate 2500 capacity festival this year.
Artists also released today to play the Temple of Boom stage include Jesse James (Connected, London Club Brand), Rattus Rattus (Urban Nerds), Sai (Sai’s House Party) and rising stars I Killed Kenny among many others.

The following acts are also set to appear across the festival’s four stages: The Other Tribe, Stanton Warriors, Man Like Me, Public Service Broadcasting, Lulu James, Fiction, Stealing Sheep & To Kill A King.

The homegrown festival, run by Lee Denny and a team of young volunteers, was rebelliously founded in his back garden in Bromley, Kent in 2006 whilst his parents were away on holiday.

Named 2012’s “Best Independent Festival” by the Association of Independent Music, the festival has recently grabbed headlines for taking the extraordinary step of allowing fans to join its board of creative directors. By raising money through crowd funding website Kickstarter, the LeeFest organisers plan to double the size of the event whilst safeguarding the festival’s non-profit status.