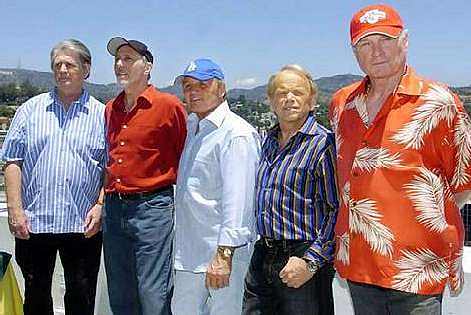 The legendary Beach Boys, will bring Rock And Roll Music to Epsom Downs Racecourse this summer when they perform after racing on Thursday 7th July as part of the Epsom Live!

Fifty years since the Beach Boys formed and were first heard on the radio, the group remain together and will travel from California to the Surrey Downs, where they will perform a selection of their greatest hits at a live outdoor concert.
With 36 top 40 US hits and 4 number one singles, including ‘Good Vibrations’ and ‘California Girls’ and ‘Help me Rhonda’, the boys are often referred to as ‘America’s band’ and will no doubt prove as popular as ever with the enthusiastic Epsom crowd.
Lead singer of the band Mike Love commented: ‘What better way to celebrate our 50th anniversary than to return to the UK and perform at Epsom.  We love performing now as much as we ever did and hope our loyal fans and fellow racegoers will come join the party.”
Rupert Trevelyan, Managing Director for Epsom Downs Racecourse commented: ‘Being a huge fan of the Beach Boys myself, I am delighted to announce their addition to the line-up this year at Epsom Live!, which looks to be our strongest yet.