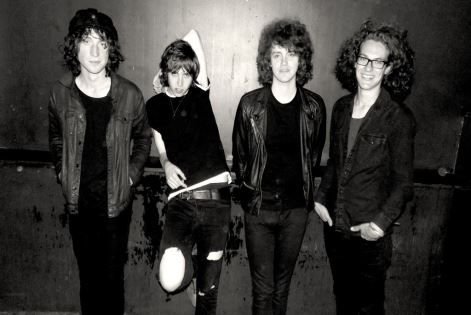 The impressive line up also includes Everything Everything and Circa Waves who are set to rub shoulders with the awesome We Are The Ocean, Gnarwolves and Pretty Vicious, just some of the names unveiled today for the 2016 line-up. Truck Festival pulled out all the stops for the event’s 19th year promising devoted festival-goers another mind-blowing year of music.

Manic Street Preachers - James Dean Bradfield, Nicky Wire and Sean Moore - are to perform on Saturday 16th of July at Truck Festival as main stage headliners. Undisputed classics ‘Motorcycle Emptiness’, ‘Your Love Alone’ and ‘Design for Life’ alongside more recent hits from ‘Rewind The Film’ and ‘Futurology’ will no doubt see festival-goers celebrating one of the biggest and best UK groups of the last 30 years.

Avid festival performers Catfish and the Bottlemen join Truck as headliners for Friday 15th of July. The four-piece scooped the BBC Introducing award at the first BBC Music Awards in 2014 and have been a firm fixture on the live music scene ever since.

With their most recent album being named ‘Hottest record in the world’ by BBC Radio 1, Mercury prize nominees Everything Everything are not to be missed this year at Truck Festival. Circa Waves, Young Fathers, Jack Savoretti and the hotly tipped Rat Boy are also joining proceedings in an indie-lovers dream lineup.

Truck is also catering to the hardcore fans out there with bands such as We Are The Ocean, Gnarwolves and Creeper providing everyone with a metal and punk injection. Truck 2016 will also bring to the table music from The Magic Gang, Formation and Hooton Tennis Club.

Truck also recently confirmed that for 2016 the event will expand to three days across the weekend of Friday 15th until Sunday 17th July at the Hill Farm site. A whole extra 24 hours will be on offer packed, once again, with the best indie, rock, pop and electronic acts.

Truck Festival’s 18-year history has seen sets from the likes of Foals, The XX, Two Door Cinema Club, Biffy Clyro and Peace. Oxford’s original is the discerning go-to for credible and quality acts and 2016 is shaping up to be no less than another prime year.

Truck Festival 2016 Catfish And The Bottlemen