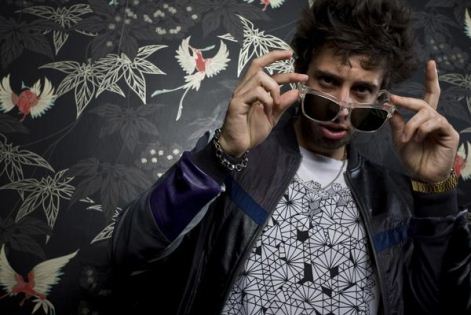 The highly anticipated headline acts have officially been unveiled for Sundown Festival 2013 which will see more of the hottest music stars head to Norfolk and take to the stage, at what has quickly become known as one of the UK’s best live-music eve

Example will headline the main stage on Saturday, back by massive demand after the Kickstarts, Changed the Way you Kissed Me and Say Nothing singer whipped-up the crowd to huge acclaim at Sundown’s inaugural festival in 2011
DJ Fresh - the man behind hit dance tracks Gold Dust, Louder and Hot Right Now - is the second artist to be confirmed for Saturday’s main stage line-up
Sunday’s main stage headliner is none other than one of the biggest female singers in the UK today… the sensational Jessie J is coming to Sundown Festival 2013! The Do it Like a Dude, Who’s Laughing Now and Nobody’s Perfect singer - whose Domino video has racked up more than 100million views on video sharing site YouTube – has been repeatedly called for, by Sundown Festival audiences, to perform at the huge end-of-summer event
Also announced for Sunday’s main stage is the biggest UK boyband of a generation, JLS, whose hits like She Makes Me Wanna, Hottest Girl in the World and Beat Again have seen the four-piece capture the hearts of millions across the UK
Sundown Festival 2013 will see the addition of a second outdoor stage, Stage 2, which will provide a House, Garage, Dubstep and Drum ‘n’ Bass edge to the event. Hosting that stage on Saturday will be Moda Black, whose top house tracks Knee Deep in Louise, Hurt You and the aptly titled Sundown have firmly established them as one of the UK’s most exciting record labels for progressive electronic music
Hospitality, the live event arm of hugely successful Drum ‘n’ Bass label Hospitality records – which itself is home to artists such as High Contrast, Netsky, Danny Byrd and Camo & Krooked – will host Stage 2 on Sunday
Sundown Festival spokesperson, Dion Clements comments: “With the huge strides taken by Sundown Festival in quickly establishing itself as one of the UK’s best live music events to end the summer season, Sundown 2013 is set to expand even further on previous years. Example absolutely smashed it as part of the line-up two years ago, to the extent we all felt a little bad for the artist that followed in the running order… so this time he will headline the first full day of Sundown. Jessie J has been the single most requested artist, by Sundown fans, yet to appear, so we’re absolutely ecstatic about bringing her to the Sundown main stage to headline the Sunday”
Dion adds “With our unique mixed offering of the top urban, pop and dance acts, Sundown caters for a massive range of tastes in the music spectrum, bringing together a truly diverse music audience for one huge weekend”

Published on 05 February 2013 by Ben Robinson