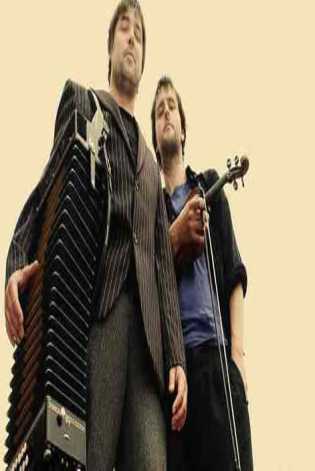 Organisers of England’s newest winter folk event, the Frome Folk Festival are offering a special seasonal present to festivalgoers with prices frozen at the Earlybird offer right up to the festival in February.

The winter festival - to be staged in and around The Cheese and Grain venue – will feature a host of acts nominated for the 2012 BBC Radio 2 Folk Awards.

Spiers and Boden, who will also host a ceilidh at Frome, are nominated for Best Duo, whilst Boden is nominated for Folk Singer of the Year.  Other nominees coming to Frome are the dazzling Tim Edey and Brendan Power (Best Duo) with Edey also in the running for the top honour of Musician of the Year.
Another double nominee is Jackie Oates for Folk Singer of the Year and Best Album for her latest release, Saturnine, whilst one of the fastest-rising folk acts of 2011 - the North West trio Pilgrims’ Way - are nominated for the coveted Horizon Award (for most promising emerging act).Bella Hardy is also in the running for Best Original Song for her composition The Herring Girl.
Other Frome-bound acts include Bristol’s “nu-folk” innovator Jim Moray, top West Country duos Miranda Sykes and Rex Preston, Phillip Henry and Hannah Martin and Kathryn Roberts and Sean Lakeman plus award-winning Jamie Smith’s Mabon, Bella Hardy, Jane Taylor, Dyer Cummings, Belshazzar’s Feast, Elfynn, Eddie Martin and Frome Street Bandits.
In addition to The Cheese and Grain, other festival events are due to take place at Westway Cinema, Rook Lane Chapel and pubs in the town including The Archangel. There will also be a lively Morris dance programme as well as workshops, singarounds and market stalls.

Frome Folk Festival will run from 9am -11pm both days. Weekend tickets, priced at £58 are now on sale.

Published on 04 December 2011 by Wayne Feltham