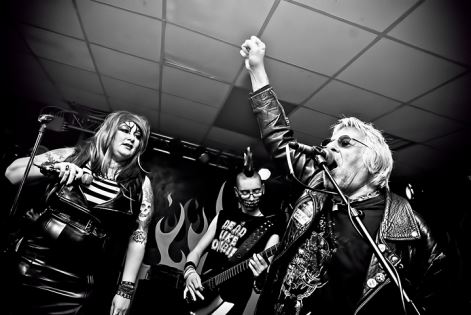 PENETRATION along with other joint headline act UK SUBS are both back at Undercover by popular demand, topping off what is a very mouth watering Sunday line up this year.

“Here at Undercover we are so pleased with Sundays line and we are over the moon with the recent announcement that PENETRATION will have JOHN MAHER original member of BUZZCOCKS on Drums”.

Sundays line up boasts a rich vein of talent some more established and many bands about to break through ending what will be a busy weekend.

The festival is one that pride itself on taking an independent and grassroots approach to things, and is always determined to be different from mainstream events.

As the name suggests, it’s an indoors event but with three days of alternative action from bands you’d be highly unlikely to see on many other festival line-ups.

Festival organiser, Mick Moriarty said: “We believe the usual run-of-the-mill festivals tend to book bands that in the main are broadly similar – and way too safe! We try for a line up and experience that is something different and appeals to a crowd not catered for elsewhere.

“Being a small independent grassroots festival is tough because media attention is always on the big boys. But we’ve got through to our third year and we’re going strong because what we have created really has struck a chord with people who like their music raw and full of the passion and energy that only acts like ours generate.”

The festival grew out of a small tent tucked in the back corner of the sadly departed Guilfest and has now become a firm fixture in many people’s diaries, with dedicated fans coming back year on year.