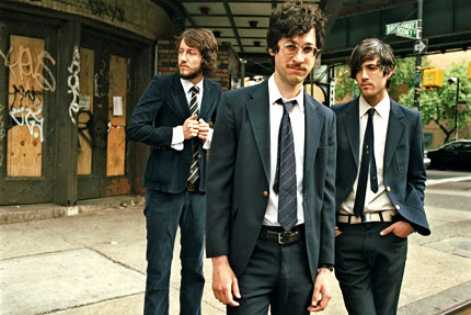 They join a line up that is bursting with sterling acts including Dizzee Rascal, Maximo Park, James, Shy FX, Benga, Andy C and Dan le Sac vs Scroobius Pip.

Tickets have been getting snapped up for this years Kendal Calling festival as they now reveal another batch of acts with a plethora of new music & festival favourites across all genres set to grace the 11 stages. They include We Are Scientists, The View, Tribes, Spector, DJ Yoda and The Transiberian Marching Band, Ghostpoet, Benjamin Francis Leftwich, Swiss Lips, Toddla T, Mosca and DR/U/G/S plus many more!

They join a line up that is bursting with sterling acts including Dizzee Rascal, Maximo Park, James, Shy FX, Benga, Andy C and Dan le Sac vs Scroobius Pip.


Lets meet the new artists! California based act We Are Scientists will be bringing sunshine with their rock sound as they tour blighty, and Scottish quartet The View join the bill bringing hits like Superstar Tradesman as they play Kendal Calling just weeks after the release of new album Cheeky for
a Reason on 2nd July. Kendal Calling revellers will hear it here first!
Another much talked about band, Tribes are welcomed along from their Camden abode after making waves last year with their debut album, Baby and following the release of their aptly titled new single Corner of an English Field. Indie pop act Spector also join the line up with an inspiring sound as they’ve been hailed the UK guitar band scenes next big hope.

Maestro of cut and paste, DJ Yoda brings an extra special show to this years festival as he performs with the Transiberian Marching Band! Those who have seen Yoda before will know what an imaginative, unique, diverse set he delivers and this latest collaboration will be a sight to behold! With their fingers on the pulse of new dance music, with Radio 1’s much-loved Jaymo and Andy George are also added to the bill.

Next up is singer songwriter Ryan Keen who has just released his new ep Focus. With industry support across the board, Ghost Poet is another welcome addition, with lyrics and flow to stop tracks this rapper is one of the most anticipated acts to breakthrough the spoken work scene of late.

New act Juan Zelada is truly a one-to watch with his gigs causing much excitement. Also on the bill is haunting vocalist Lucy Rose along with stunning performer Rae Morris.

Maestros of dance Toddla T and Mosca also join the line up to keep the dance tent busy until the wee small hours.

Kendal Calling Festival 2012 We Are Scientists