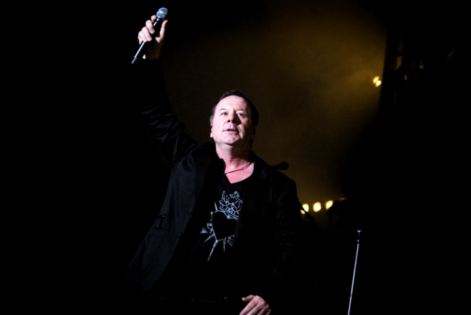 Since beginning his career with The Beatles in the 1960s, Ringo Starr has been one of the world's brightest musical luminaries. He has enjoyed a successful and dynamic solo career as a singer, songwriter and drummer, an active musical collaborator, and as an actor. Drawing inspiration from classic blues, soul, country, honky-tonk and rock 'n' roll, Ringo continues to play an important role in modern music with his solo recording and touring.

Simple Minds have produced a handful of critically acclaimed albums throughout their career, best known hits include "Don't You (Forget About Me)" and "Alive and Kicking" – which will be performed at this Festival.

Hampton Court Palace Festival will take place from 7th June - 18th June 2011, in the stunning open-air court of King Henry VIII’s Palace. As well as the fantastic music line up, the Hampton Court Palace Festival is renowned for creating a truly unforgettable experience. Artists perform in the main courtyard of the magnificent Tudor Palace providing an intimate atmosphere for an audience of 3,000.