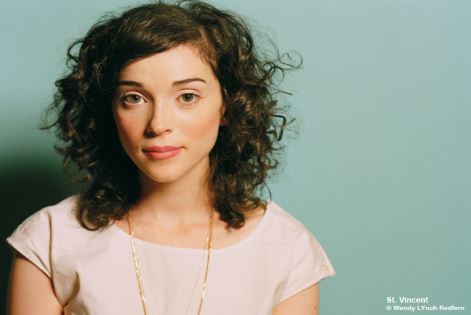 Headlining on the Sunday night will be the spellbinding St Vincent! This unique and dynamic performer is sure to take our breath away on the magical Mountain Stage! Joining St Vincent as Friday night headliners are the wonderful Hot Chip - they will

Also joining us are… Goat, the Swedish purveyors of experimental psych-rock, legendary Arizonian’s Calexico, who release their ninth studio album this April, and the constantly sublime, singularly captivating, Father John Misty. Danish alt-rockers Mew will bring their magical live show to the Black Mountains alongside the stirring indie-folk of The Staves, whose new Bon Iver-produced album looks set to take 2015 by storm.

Legendary American funk/soul singer Charles Bradley will supply the festival with a hearty dose of rhythm-and-blues, while a performance from the incredible Sun Ra Arkestra promises to be one of this year’s stand-out live moments.

Elsewhere, there is snarling psych-rock courtesy of Leeds’ Hookworms, razor-sharp pop from Australia’s Courtney Barnett (UK festival exclusive), and the enthralling electronic patterns of Son Lux, who will all take their place alongside the likes of Beyond The Wizard’s Sleeve, The Wave Pictures, Owen Pallett, Viet Cong, Waxahatchee and many more!

We’re also thrilled to announce DJ sets from the encyclopaedic music brains of Huw Stephens, Tom Ravenscroft and Nothing Is.

This is just the start, over the coming weeks we’ll have full details of lots more new and exciting Green Man 2015 happenings! Including 99 Welsh ales & ciders, Einstein’s Garden and lots more surprises.