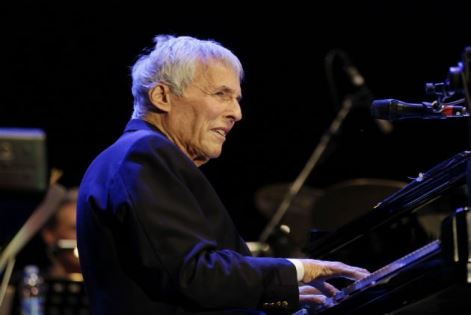 We are thrilled to announce that the legendary Burt Bacharach will perform at this year’s Hampton Court Palace Festival on 23rd June. Tickets for this concert will go on sale on Thursday 5th February at 11am.

On confirming his date the Festival, Burt said: "It’s a great honour to be performing at Hampton Court Palace Festival this year. It’s such a beautiful venue and I’m sure the crowd will be fantastic - I’m really looking forward to the night!"

Burt’s career spans six decades and is regarded as one of songwriting’s most successful and honoured - marked by 48 Top 10 hits, nine number 1 songs, more than 500 compositions and a landmark 50+ year run on the charts. Amongst the numerous accolades, Burt has been awarded with three Academy Awards and eight Grammy Awards. His global audience spans several generations and he is viewed as the unique combination of one of the greatest composers of all time and the ultra-cool cult hero of the contemporary music set. At the Festival, Burt will treat the audience to all the best-loved songs of his career in a night not to be missed.

Other acts who will perform at the Festival include: Paloma Faith over two nights; Britain’s favourite tenor Alfie Boe with his band who will perform classic tracks from a selection of his albums; two nights with the King of boogie woogie Jools Holland & his Rhythm & Blues Orchestra; John Wilson & The John Wilson Orchestra reviving the sounds of the MGM Studio Orchestra; The Royal Philharmonic Concert Orchestra who will return for a glorious evening of Fanfare & Fireworks; pop icon Peter Andre delighting the audience with his most well-loved hits; and for the first time ever, comedians Alan Davies and Paul Merton’s Impro Chums will bring a double-bill of comedy to the Festival.

Hampton Court Palace Festival is renowned for creating a truly unforgettable experience. Artists perform in the historic main courtyard of the magnificent Tudor Palace, which is this year celebrating its 500th birthday, providing an intimate atmosphere for an audience of 3,000. VIP Packages are available in the State Apartments and Festival-goers can also arrive early (doors open at 5.30pm) to enjoy picnics on the Palace Garden lawn or underneath a luxury waterside gazebo before the show.