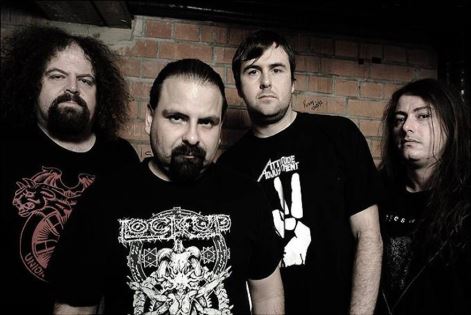 We've a sure fire way to blast away any lingering January blues, and that’s cranking some tunes from the awesome bands set to play BLOODSTOCK 2015! That’s our kind of Valentines mix tape! Here’s three more to add to your playlist!

Bringing skin-flaying riffs by the lorry load to Catton Park’s hallowed ground is BLACK LABEL SOCIETY, who step into the special guest slot on Sunday’s main stage. Expect Father Zakk to bring the riffs to induce bloodshed at BLOODSTOCK!! Zakk comments: “We’re looking forward to seeing the mighty UK Chapter of the all-mighty Black Label when we get rolling at the Bloodstock festival in August!” Mascot Records released the band’s ninth studio album ‘Catacombs Of The Black Vatican’ last April, which gatecrashed the UK national album chart at #30.

British grindcore stalwarts NAPALM DEATH will hit Saturday’s main stage in a UK exclusive show. Frontman Mark 'Barney' Greenway enthuses, "Playing at Bloodstock is literally like stepping out of our front doors to climb onstage, so we'll be projecting a great big wall of noise from Birmingham to Catton Park! We personally know most of the staff and crew, so we look forward to watching them flog themselves to death, while we stand idly by and take in the sights, smells, and sounds of this friendly old fest. Grind!” The band’s brand new, fifteenth studio album ‘Apex Predator - Easy Meat’ was released via Century Media just last week.

BLOODSTOCK will be held at Catton Park, Derbyshire on 6th-9th August 2015.