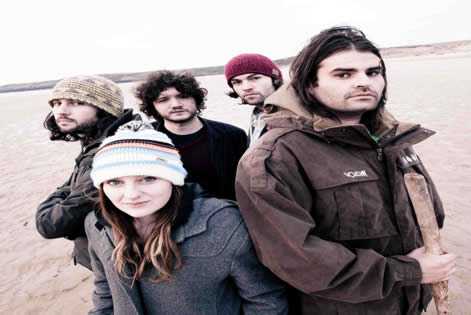 Bristol Folk Festival has relaunched its popular Isambard nationwide music award which will give one winner a high profile platform at the event this May - and much more!

Last year, organisers staged the inaugural contest to celebrate the first Bristol Folk Festival in 32 years with Welsh band Under the Driftwood Tree emerging as winners.

Sponsored by two of Somerset’s leading music operations –the cult recording studio Songs from the Shed and Folk Radio UK - the 2012 Isambard Folk Award is a nod to Isambard Kingdom Brunel, the famous British engineer who designed the city’s Clifton Suspension Bridge and SS Great Britain. Open to UK-based performers of any age, it will give the winner a chance to appear on the same bill as acts of the calibre of Show of Hands, Cara Dillon and Afro Celt Sound System, this year’s headliners.

Says festival co-organiser Jan Ayers: “Last year we had scores of diverse, high quality entries from all round the country. We want to hear from both bands and solo artists – be they traditional folk, experimental or contemporary. Everyone is welcome.”

The winner will get the chance to appear on Colston Hall’s main stage during this year’s festival (May 5-7) as well as Somerfest – a one-day folk music and arts festival to be held at the stunning Halsway Manor on the edge of Somerset’s Quantock Hills (Saturday, April 7). Created by and for young people and focusing on all aspects of folk tradition, the line-up will include folk innovator Jim Moray, Dyer: Cummings, James Findlay and many more.

To enter, artists need to email a link to performance footage of one song/tune on YouTube, MySpace, Facebook or any other social networking site. Entries should be emailed to isambard@bristolfolkfestival.com giving the name of the band or artist, the footage link, a contact number and email and a brief description of the act. The closing date is 1st March.

Says Paul Preager of co-organisers Bristol Music Trust: “We are inviting entries from local artists as well as others from all over the country. It’s a big opportunity for emerging folk acts to play at two key festivals and significantly raise their profile.”

Last year’s Isambard Award winners were the Cardiff five-piece band Under the Driftwood Tree who play a chilled eclectic blend of “surf-folk” acoustic music beat off stiff competition from four other emerging acts to scoop the award.   Under the Driftwood Tree released their first single If Only If in December and 2012 will see the release of their debut album accompanied by festival appearances (including a return to Bristol Folk Festival) and a UK and Ireland tour.

Says Chris Stoodley: “We were so pleased to win after being up against such strong competition. It was a huge compliment to be given this recognition by such a big institution on the folk scene and we’re thrilled to be returning to Bristol Folk Festival this year.”