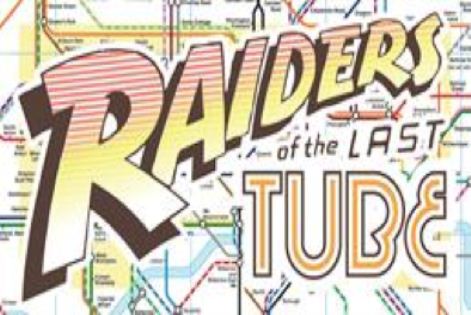 The Secret Garden Party & Early Doors Disco present RAIDERS OF THE LAST TUBE - A pioneering new night featuring new artists and exploring the benefits of gigging, dancing, eating and getting to bed on time.
In conjunction with MEATliquor you will have the chance, once a month, to see some of the best brand new bands and DJs all whilst enjoying London’s number one burger.
Once upon a time no one noticed if you turned up to work sweating neat alcohol and smelling like the band's tour bus (who you saw last night) on a healthy 5 hours sleep. But being part of being a 'grown-up' doesn’t have to mean missing out on seeing the bands you love…
ROTLT brings you an uncannily pedestrian solution; the after work gig and disco. Direct from work you can stop off and see 2 bands, eat a tasty burger and have a dance. And not just any old bands; The Secret Garden Party's ‘Where the Wild Things Are’ stage and the Head Gardener will be curating the best new acts they can find. Our friends at MEATliquor will be cooking you London's very best burger, and Nice Boy DJs (Early Doors Disco) and the Head Gardener will make sure you can’t stop moving until… 11.30pm when you are sent home before it’s too late.
Thursday 17th January 2013
Doors: 6.30pm
Annie Eve: 7.30pm
Annie Eve is a 21 year-old singer/songwriter from London, who honed her musical skills whilst attending Goldsmiths Art College, well known for spawning several interesting musicians such as Graham Coxon and James Blake. Annie is definitely part of that art school experimental tradition with her angsty soul-searching folk style.
Arlissa: 8.15pm
Arlissa is already known to the mover and shakers of the London music scene. Tipped by the BBC as one of the ‘Sounds of 2013’ in the wake of her collaboration with US hip hop artists Nas, Arlissa has been cited as the new Florence but the comparison will prove transient as she showcases her own unique style. Her new single, ‘Sticks and Stones’ is  due out in February but check her live first….
Disco until 11.30pm
The Lexington, 96-98 Pentonville Road, London, N1 9JB
£5 on the door.

Published on 04 January 2013 by Wayne Feltham