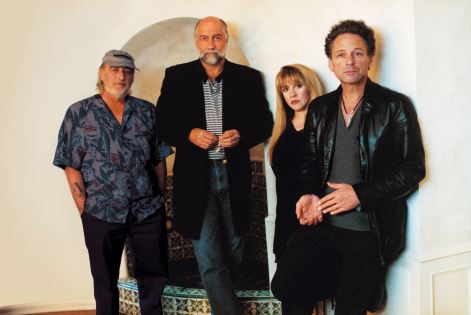 The Isle of Wight Festival has today announced that Fleetwood Mac are to headline next year's festival on Sunday 14 June 2015. This worldwide exclusive booking for what is the first major festival of the summer will also be the multi-Grammy award win

The Isle Of Wight Festival 2015 will take place on 11-14 June at Seaclose Park, Newport, Isle of Wight.

Fleetwood Mac said: "We've always wanted to come to the UK to play The Isle of Wight Festival, and so we are delighted that in 2015, we are finally making it happen! So many of our fellow artists and friends have played at this historic event over the years, and we can't wait to see all of our fans on the island next summer."

Festival organiser John Giddings added: "It's no secret that Fleetwood Mac have been on my wishlist for The Isle of Wight Festival for some time now, so I'm very pleased and extremely proud to have them headline next year's event. With Christine now back in the band too, it is going to be a momentous occasion, a moment in music history."

It was recently confirmed that Christine McVie would be rejoining her bandmates Lindsey Buckingham, Stevie Nicks, Mick Fleetwood and John McVie for live shows in 2015 following a guest spot during their highly acclaimed concerts at London's O2 Arena last year. The band - who originally formed in London in 1967 - are one of the world's biggest and best selling musical acts, having sold in excess of 100 million albums worldwide. Their 1977 No.1 album 'Rumours' produced four hit singles including 'Dreams' and 'Don't Stop', and as well as being the band's most successful albums, is one of the world's best selling albums of all time. Subsequent chart hits in the '80s including 'Big Love', 'Little Lies' and 'Everywhere' continue to endear fans to this very day. In 1988, Fleetwood Mac were inducted into The Rock and Roll Hall of Fame and were honoured with Outstanding Contribution to Music at the BRIT Awards the same year. Their 2013 World Tour saw them one of only two British bands to break into the top ten of the Billboard annual US earnings list, along with The Rolling Stones.

Published on 03 December 2014 by Ben Robinson