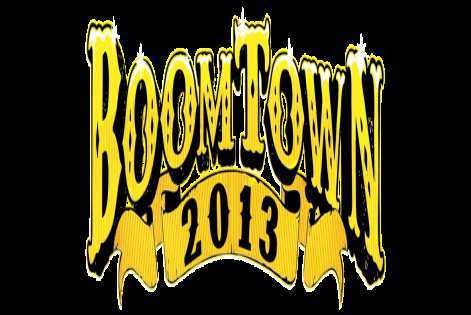 The crazy, interactive world of BoomTown Fair has sold out of the first two ticket tiers in record time, shifting thousands of tickets in the first hour!

BoomTown’s website experienced an unprecedented amount of eager beavers ready for the next instalment of tickets for the UKs maddest fair! With such an awesome kick start, the BoomTown council are super excited about the triumphant return of its fifth annual summer gathering over 8th –11th August 2013 at Matterly Estate, Winchester.

BoomTown Fair is far from your average festival setting. Year after year the town committee push the boundaries and create an interactive and engaging pop-up city for the BoomTown residents to fully immerse themselves in. One of the main focuses for 2013 will be to build upon this creative element of the festival and ensure that more far flung fantasies are brought to life. Through additional themed streets, more walkabout performance and new theatrical teams, the Mecca of BoomTown will expand beyond everyone’s wildest dreams. Moving the majority of the town out and away from downtown, BoomTown is set to expand massively on the inventive, craft, kids and chill out areas aiming to appeal to a much wider audience! There will also be loads more in the way of interactive sideshows, mutated roaming vehicles and carnival craziness, as well as a handpicked selection of exclusive never seen before foreign collectives. Leaving the looming presence of Downtown in its own separate area and ensuring that only the bravest of the brave will face the nightly quest of Man Vs Bass!

With tier one and two tickets all gone there are now only a limited amount of tier three tickets available, after which the tickets options will be tier four and five along with the deposit scheme which is also now open, for further details visit: www.boomtownfair.co.uk/page/tickets

“The whole team has been blown away by the sheer volume of people that tried to get a ticket at 7:00pm last night – we sold over 5 times the amount of tickets in the first hour compared to last year, which caused the website to cripple under the strain! We have some huge plans already shaping for the 2013 Fair and can't wait to see everyone back in the town next August” - Lak Mitchell Co-director BoomTown