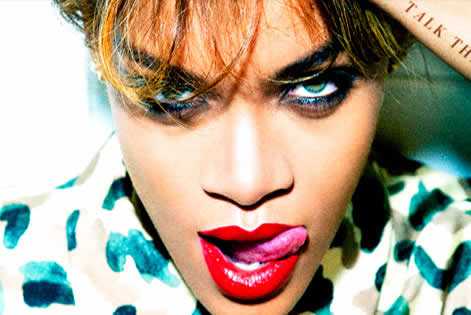 Taking place on 6, 7, 8 July, Wireless festival features the biggest and best names in music today including superstar headliners deadmau5, Drake and Rihanna alongside other sensational acts such as Nicki Minaj, Jessie J, Example, Afrojack, Calvin Harris, Labrinth and Professor Green. The bandstand line up has now been unveiled giving audiences the chance to see the new breed of upcoming stars, hand-picked from the rich array of original talent in the Capital and beyond.  This year’s Barclaycard Wireless Festival is set to be the biggest and bestyet, 65,000 tickets for Saturday 7 (Headlined by Drake) and Sunday 8 (headlined by Rihanna) sold out a month in advance of the festival.  Tickets for Friday July 6, headlined by deadmau5 are still available but selling fast.
Set times have also just been announced on the website so you can start to planyour schedule.  You can also download the free Barclaycard Wireless Festival 2012 app, available now on iPhone and later this week on Android and Blackberry.   You’ll have access to the latest line-up, interactive map, event information and social updates from backstage.
As well as enjoying the most enviable of line-ups, festival goers can explore all the exciting attractions on site and this year Barclaycard will enhance the festival experience with the Barclaycard PayBand. The PayBand allows you to buy things quickly (with just a tap of your PayBand at any of the vendors on site), escape the crowds in the Unwind Perk Park with its viewing platform, luxurytoilets and free festival goodies, and get in quickly through the Barclaycard fast track lanes!  If you have not registered for one already and you’re a Barclaycard customer, then head to the Barclaycard Unwind Perk Park on-site and get one. www.barclaycardpayband.com