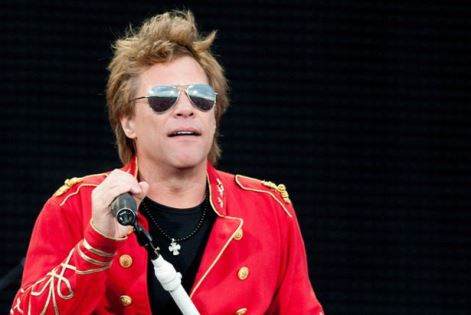 Bon Jovi’s huge concert in London’s Hyde Park has recruited more rock gods as part of Barclaycard Presents British Summer Time Hyde Park.
Shaping up to be a day of rock on the main stage, Kaiser Chiefs will step up to the Great Oak Stage alongside fellow British stars Bush, to join Bon Jovi’s previously announced show on Friday July 5th.
Tickets are available now at www.bst-hydepark.com.
Kaiser Chiefs are one of Britain’s favourite bands, a huge festival draw with a pedigree of massive indie rock hits.  Debuting in 2004, album Employment arrived a year later and ‘Oh My God,’ ‘I Predict A Riot’ and ‘Every Day I Love You Less and Less’ became instant anthems of a generation.
‘Ruby’ and ‘Never Miss A Beat’ have joined those songs in the nation’s psyche and if there was ever a band that inspired mass sing-a-longs on a summer’s day, Kaiser Chiefs are it.
Originally from London (Shepherds Bush), Bush are one of the few British rock bands to truly break America in the last 20 years, selling 10 million albums in the 1990s.  They split in 2002 before reforming in 2010 to make a new record and tour.
But the main Great Oak stage is not the only performance space at the event. An array of artists will play at The Theatre, Village Hall and Bandstand, all set in the beautiful surroundings of Hyde Park and all included in the ticket price.  Fans can enjoy established stars alongside some the best new acts around on the way up.
And headlining The Theatre are Sunderland’s finest post punks The Futureheads, a solo set from former Fightstar frontman (now turned classic singer/songwriter) Charlie Simpson, acclaimed Norwegian funk/soul live wire Bernhoft and Irish indie heroes The Coronas.
Then, to the Village Hall stage where Rival Sons, the young, Californian pretenders to the classic rock crown are preparing to breach the peace.  Combining Led Zep riffs with driving, soulful grooves and great songs, they have been hailed as the retro rockers of the future and produce incendiary live shows.
English trio Little Barrie bring fuzz box, garage rock to the Village Hall, along with Funeral Suits’ epic guitar pop plus London three piece Leo Gun.
The Band Stand stage exposes up and comers to the Hyde Park crowd in the form of All The Young, Josh Flowers & The Wild and The Virginmarys.
Bon Jovi will bring their worldwide smash hits to their set, as well as new songs from their forthcoming What About Now? album, released March 25th.  Part of their Because We Can world tour, it will be the highlight of 7 UK summer dates.
Rob Hallett, President, International Touring, AEG Live, “With the clocks going forward on Sunday, despite the temperatures, British Summer Time really begins and it is timely to reveal the full line up for the opening night of our 10 Day event with headliners Bon Jovi. More than just a concert, the bill illustrates why rock’n’roll remains as vibrant a force today as it has ever been.”
More great acts and huge headliners will be announced for Barclaycard Presents British Summer Time in the coming weeks.