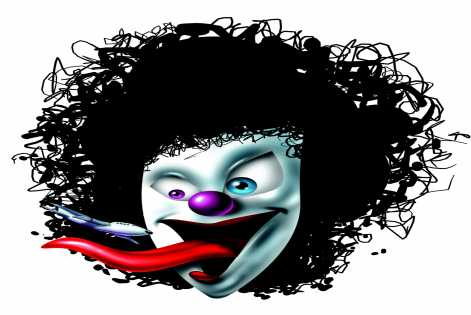 it has just be announced that Desolat boss, Circo Loco favourite and house and techno producer extraordinaire Loco Dice has been added to the already heaving line-up

Set a stone's throw from Leeds city centre, the Cocoon in the Park festival site lies within the grounds of a 450-year-old mansion house surrounded by forests and lakes in a celebrated area of outstanding natural beauty. The historic estate of Temple Newsam once again plays host to an exclusive line-up over one stage led by Cocoon ringmaster Sven Väth with support from Cassy and Visionquest as well as latest announcement Loco Dice.
The festival site includes various food outlets and bars, a chill-out area and a VIP platform where VIP ticketholders can enjoy views across the site and main stage with access to separate toilets and a bar. The main stage is powered by a Funktion-One PA custom-built by festival sound specialists Audio-Plus and features state of the art pyrotechnics, a live VJ and of course performances from the Cocoon dance troupe. Expect nothing less than the usual breathtaking Cocoon production and top quality soundtrack to one of the most popular and talked about events in the UK.
As for the rest of the music, Väth is a ruler of the techno world and has been for decades.  With his revered label and club of the same name, Cocoon, he has brought techno to the masses all over the world and, most famously, at Amnesia, Ibiza, since the turn of the millennium.  His learned vinyl sets included sounds from a vast remit of techno; incorporate plenty of colours, oomph and dancing bait and, all the while, are served up with a loveable élan and unbridled passion.
What’s more, it has just be announced that Desolat boss, Circo Loco favourite and house and techno producer extraordinaire Loco Dice has been added to the already heaving line-up. He’s fresh off the back of another one of his sell out Under 300 Tours and pops in to Leeds to play in the middle of another busy summer season of gigs at festivals, clubs and Ibizan haunts all throughout June, July and August.
And so to next headliner, Cassy… a regular in the best Berlin clubs, as well as places like fabric, she is an upstanding member of the deep house community who has mixed it up for Cocoon and Panorama Bar in the past.  Her sets are cultured things, much like her productions on her own labels and others like Perlon, and it’s for that reason that she is so in-demand.
Finally, Visionquest (Seth Troxler, Ryan Crosson, Shaun Reeves) will do their unadulterated electronic thing.  Little needs to be said of these current scene darlings: their own label has launched an underground pop revolution, they’ve mixed it up for fabric, taken over at WMC and are generally a crew as lovable as they are sonically inventive.
Join Cocoon, System and thousands of like-minded party-goers, then, for what promises to be the ultimate boutique festival experience.