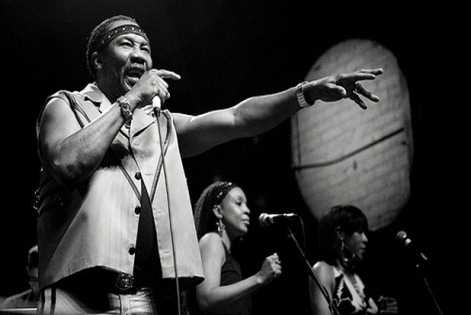 The latest acts announced for the 10th Beautiful Days festival include ska and reggae legends Toots and The Maytals, Norweigan vaudevillian quartet Katzenjammer, dub and funk band The Black Seeds from New Zealand, Spanish singer-songwriter Juan Zelada, festival favourites Dub Pistols and 21 year old singer-songwriter Benjamin Francis Leftwich.
Also announced today are Westcountry gypsy folk band Mad Dog Mcrea and traditional folk artist Fay Hield and The Hurricane Party plus the first acts for The Little Big Top - Shy FX, Zinc, Eat Static and Mampi Swift plus the return of The Silent Disco, back by popular demand for 3 nights this year.
There are still more acts to be announced for The Little Big Top plus the Theatre Tent programme and the Bimble Inn and Band Stand line-ups, and the Sunday theme. Acts already announced for the festival in August include headliners Public Image Limited, Frank Turner & The Sleeping Souls and Levellers plus Jethro Tull's Ian Anderson plays Thick as a Brick, Midlake, Richard Thompson, The Waterboys, New Model Army, Bellowhead and Inspiral Carpets. Go to the festival website to see the full list of acts playing this year www.beautifuldays.org
Organisers are letting people know now that 2012 is the fastest selling year to date for Beautiful Days with over 75% of the tickets already sold by the end of March. Its looking like the festival may sell out months in advance of previous years so if you are planning to buy tickets – please don’t leave it too late.