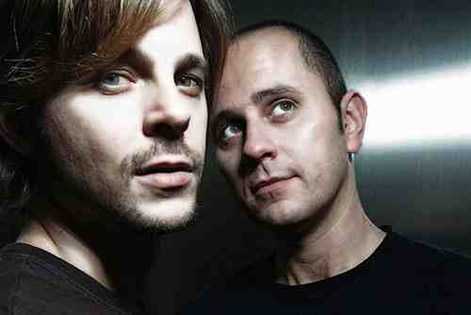 Snowbombing HQ has another surprise in stall for you lucky people! The Worlds Greatest Show on Snow is proud to announce four more very special artists for you. Get ready to go 4x4!

Prolific German techno duo, BOOKA SHADE will be wrapping up warm and taking to the slopes for a spectacular Live performance. Ever busy in the studio, Booka Shade bring you Live renditions from acclaimed albums such as Memento, Movements and More! Booka Shade have also seen global success with production and remix duties for other big names such as Depeche Mode, Moby, Yello, Hot Chip, Roxy Music, KingsWIL of Leon, Tiga and The Knife to name a few. If all of this wasn’t special enough for you this duo comprising of Walter Merziger and Arno Kammermeier were recently voted as one of the Top 5 Live Electronic Music Acts In The World by Resident Advisor. This avalanche of dance music is certainly not one to be missed!

2011 saw this phenomenal singer/rapper from the emerald Isle break through with tremendous momentum. Originally from London, MAVERICK SABRE seamlessly combines inspiration from raw hip-hop and passionate Irish folk. His album ‘Lonely Are The Brave’ showcases his retro soul along with perfect rap credentials and this year Maverick Sabre returns to the Snowbombing stage for an energetic performance.

David Taylor is the man behind many an anthem and has produced for some big names. Better known to many at Switch, this man has been behind the production wheels for acts like M.I.A, Santigold, Christina Aguilera and even Beyonce! Some of his best work to date has been with long running studio partner Diplo under their Major Lazer moniker with their album “Guns don’t kill people… Lazers do!” Still in hot demand in the studio and on the stage, Switch is without a doubt one of the best names in Brittsh House Snowbombing has ever seen!

Finally, Snowbombing welcome someone who you might recognise from British Big Beat duo The Wiseguys. Theo Keating, now known better as Fake Blood completes the 4x4 announcement! After the incredible success of The Wiseguys, Keating went on to pursue his solo career as Fake Blood. Still championing bold Disco breaks and lively funk samples, Fake Blood saw his music rise through the UK charts in 2010 with “I Think I Like It”. Having also graced remixes for Arman Van Helden, Underworld and Hot Chip, Fake Blood is an undoubtedly a performance not to missed!

As one of the largest and most highly regarded resorts in the world Mayrhofen is completely taken over for a week long party of hedonistic adventure and extreme sport. The resort also boasts some of Europe’s most lavish spas so you can relax and enjoy the amazing spring sunshine and snowy mountains of one of Europe’s most snow-sure, late season winter resorts. The nearby Tux glacier (Austria’s highest lifted point) is also only a short (free) bus ride away, and although open all-year round, it’s at its best in spring.

Snowbombing is an entertainment and accommodation package, where you can choose a variety of accommodation options to suit your preferences and budget; from 5 star luxury Spa hotels, to pocket friendly pensions. You can add a variety of extras to build a package to suit you including a variety of lift passes, bespoke parties, including the infamous Arctic Disco and the bonkers Back Country Party plus ski & snowboard lessons, equipment hire and airport transfers. Find out more here