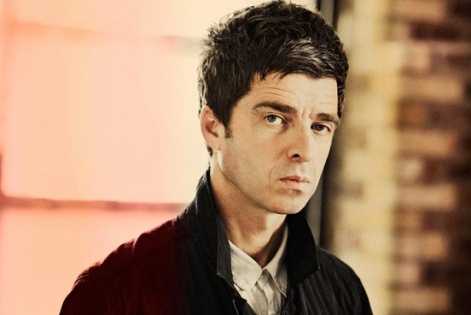 Set in the lush countryside of the Parish of Trinity, in the rural heart of Jersey, Channel Islands, Jersey Live Festival sponsored once again by JT returns for its 9th edition this September.

As reported recently in the national press, Jersey has been found to be the most popular beach destination for Britons taking a domestic holiday this summer according to an annual report by Expedia, the online booking agent. The 2012 Beach Report placed the island ahead of Bournemouth, Blackpool and the Isle of Wight, based on bookings for hotel stays so far this summer. The study also looked at the most popular beach destinations globally and found the Channel Islands to feature again, the highest placing of only three British locations in the top 20 worldwide destinations. It’s in this stunning seaside retreat that Jersey Live takes place each year.

Having previously announced headliners Noel Gallagher’s High Flying Birds and Chase & Status, as well as UK rap superstar Professor Green, indie icons Primal Scream and punk legends The Stranglers, the Jersey Live organisers are pleased to announce that the line up has now been finalised, with a number of international and local artists completing the bill.

Performing twice over the weekend (on the Main Stage and JT Stage) are Brisbane’s Last Dinosaurs. Combining the sunny afrobeat stylings of Vampire Weekend, the dance-rock percussiveness of Friendly Fires and the melodic brilliance of Bombay Bicycle Club, Last Dinosaurs have made such an impression that one magazine to declare their debut album A Million Years a contender for the best Australian album of the past two decades. Completing the Main Stage line up are 12 year-old local talent competition winner, guitarist and singer Monty Taft, and Jersey Live regulars The Valentines. Hailing from the island but based in Brighton, The Valentines’ catchy indie pop calls to mind the likes of The Strokes and The Ramones, and they have gigged extensively with the likes of Babyshambles, The Libertines and Tribes, as well as enjoying a steady stream of radio airplay on Radio One, XFM and 6 Music.

The Dance Stage line up is now complete, with two of Jersey’s finest electronic imports added to the line up: dubstep/jungle/breakbeat collective Schema (signed to Jay Cunning’s Sub Slayers label and Cut La Roc’s Rocstar agency) and hip-hop/funk/breaks duo Fuzzbox, whose releases under Basement Freaks’ Bombastic Jams label have won them many a high-profile fan, including A-Skillz, Yoda and Tom Middleton. Tech-disco star Thomas Gandey (formerly known as Cagedbaby) completes the Dance Stage bill. The Berlin and London-based producer mix of tech, deep house and disco has earned him a huge global reputation, and having toured the world with the likes of Fatboy Slim, The Chemical Brothers and Underworld, as well as performing over 1,000 live shows and releasing a staggering 150 remixes with Southern Fried, he’s one of the busiest and most respected figures in the business.

A number of Channel Island artists complete the bill: Guernsey funk/hip-hop/soul DJ Oneofakind takes to the decks on the Hospitality Stage, while Sark-based Tom Waits-inspired folkies The Recks perform on the SoBe Stage, as do Jersey grunge outfit The Bloody Battle, acoustic singer-songwriter Rosie Barrett, garage rockers The Centeniers, rappers U.G & B-Eazy and Badlabecques, who sing entirely in the ancient language of Jerriaise (Jersey-French), before 18 year-old folk starlet Jake Bugg and New York pop-funksters Friends headline each day. The SoBe Stage will kick off on Saturday afternoon of the festival with a very special BBC Introducing show, broadcast live from the stage and featuring guest interviews and live acoustic and full band sets from Brave Yesterday, The Valentines, Janice Graham Band and Bwani Junction.