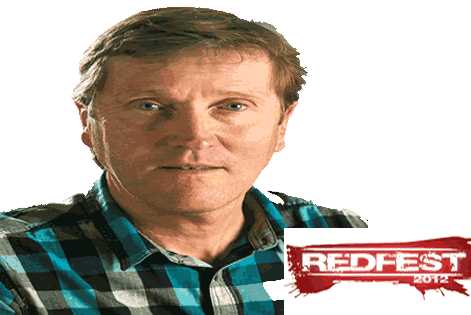 We interviewed Redfest founder Matt Nichols and asked a few questions about whats new at this years festival.

How was the Redfest originally started? - It was a real battle getting the first licence due to local objections but we won through in the end

Describe the festival in 3 words? - Young, vibrant and fun

What would you say the overall ethos of the festival is? - To provide exciting, affordable entertainment and remain independent

How did you think last years festival went compared to previous years? - Much better attendance and a great atmosphere

What are you changing for this year and what more would you like to see happen? - We've brought back the Acoustic Stage so I'm looking forward to seeing that being a hit

Who are you really excited about performing this year? - Foreign Beggars, Modestep, Sonic Boom Six

Where do you see your festival going in the future? - Staying small and concentrating on showcasing new acts

You’ve got lots of new acts playing, like Clement Marfo and Deaf Havana. Do you think they’ll go down well with the Redfest crowd?  - Redfesters expect quality and variety and I know they're going to love both acts

The festival’s specialty is showcasing of young bands on the cusp of greatness, but as can be seen by this year’s headliners, Redfest also mixes in established acts for the tastemaker audience.  The festival takes place over three days over five different stages The Main Stage, Introducing  Stage, Acoustic Stage, Dance Tent 1 and Dance Tent 2.

As well as music, attendants will find a diverse range of quality food (Thai, Mexican, Burgers, Indian, Vegetarian, Vegan, smoothies, crepes, coffee & doughnuts) along with a cocktail bus and a massive beer tent