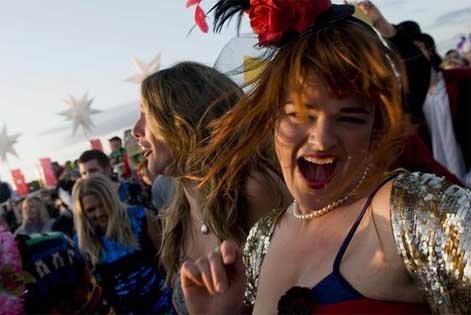 Small, yet perfectly formed- Shambala Festival has blended music, art, creativity and participation into perfect, bite size chunks of brilliance for well over a decade.

Set across 4 days on the August Bank Holiday weekend, the variety and quality of entertainment on offer is staggering for a festival of its size.  With over 200 diverse musical acts across 12 live stages, world-class cabaret, stand-up comedy, inspirational talks and debates, jaw dropping circus and acrobatics, interactive theater and nationally acclaimed poetry all housed in beautifully crafted venues.

The complete line up is kept under wraps, but a few gems included in this year’s program of world class acts include; LAMB, with material from their new album “5”; Jamaican roots reggae legend JOHNNY CLARKE; the infectious party spirit of THE BOLLYWOOD BRASS BAND; the relentless energy of Shambala favourites, THE CORRESPONDENTS; RED SNAPPER, who have just dropped their first album in 11 years; the Asian infused dub-step vibes of the ENGINE EARZ EXPERIMENT; and Junglist legends CONGO NATTY feat. TENOR FLY.

On a more tranquil note, over in our acoustic venue (in the biggest yurt in Europe), we welcome one of the UK's most innovative singer songwriters, NICK HARPER alongside a stripped down set from Bristol's BETH ROWLEY.  From further afield we welcome the American troubadour WILLY MASON and the German gypsy masters, THE 17 HIPPIES.

Stumble across late night secret hideaways curated by acclaimed arts collectives from all over the UK including; The Recursive Function Immersive Dome (RFID) with their unique 360 degree visuals and the sumptuously decadent 1930’s inspired LOST PICTURE SHOW cinema featuring live film scores and classic celluloid. Learn the art of rebellion, resistance and explore positive futures in the REBEL SOUL tent, …

"As close as the UK gets to Burning Man style madness"