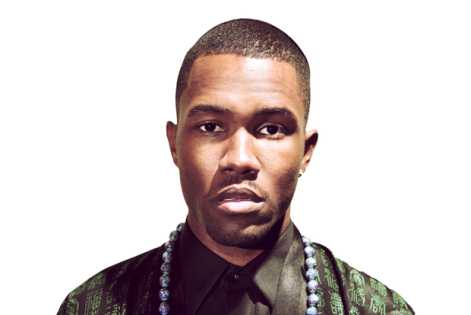 With 10 fantastic fields of Bestival’s own inimitable magical mayhem and 20 stages of the best music around, including headline sets from Stevie Wonder and New Order, exclusive performances from The xx and Sigur Rós and hundreds of amazing live bands and DJs, our Robin Hill shindig is already shaping up to be pretty darn incredible. And now we have some ace news of two brilliant new additions to this year’s bill to keep your appetites well and truly whetted.
Rob da Bank says: “With the Friday headliner coming in a few weeks I thought we'd ramp up the excitement a bit more for Besti-goers with the additions of Frank Ocean and M Ward. Two totally different artists from across the Atlantic, Frank is one of the most requested acts on our messageboards and he's such an incredible performer - like a young Prince! M Ward is a folk and indie legend already and we’re very excited to welcome him for the first time!”
Mega-exiting times at Bestival just got even more mega-exciting as we can confirm that the one and only Frank Ocean will be rocking the party at Robin Hill! One of world renowned hip-hop collective OFWGKTA’s major players, at just 24 Frank is already a well established songwriter to the stars including Beyonce and John Legend and can count the likes of Kayne West and Jay Z amongst his collaborators. Silver medallist in the recent BBC Sound of 2012, the pop-gilded R&B beats of his mixtape ‘Nostalgia, Ultra’ have made him one of the world’s fastest rising stars and with a wealth of new material from his forthcoming debut album in the offing we can’t wait to see him!
We’re also delighted to announce that indie-folk heavyweight M. Ward is set to join us on the Isle of Wight. A stalwart of the American folk scene, who also releases records as part of She & Him with Zooey Deschanel and acclaimed super-group Monsters of Folk with members of My Morning Jacket and Bright Eyes, his seventh and latest solo album, ‘A Wasteland Companion’, has been critically acclaimed for its pastoral Americana. Traversing the sounds of country blues to more upbeat rockabilly vibes, M. Ward deals in timeless tunes that are always nothing short of captivating.
And that’s not all, as we have a lovely bit of good news for you! Following her decision to cancel her summer schedule of shows, we can confirm that Azealia Banks will definitely be appearing at Bestival this September, so get ready to dance when she’s vamped up!
We will be announcing our Friday night headliner on Monday 21st May, so keep your eyes peeled for the details and in the meantime make sure you keep on checking in at  www.bestival.net, and our Facebook page and Twitter for all the latest behaviour.