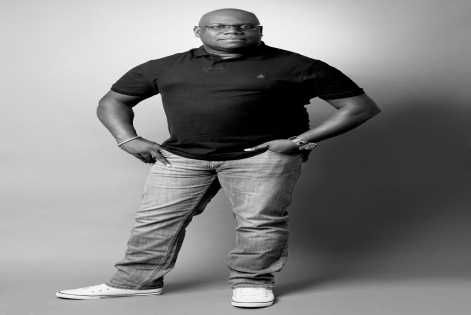 Colours are proud to present the return of a legend! Colours favourite Carl Cox will return to The Arches after a 2-year absence for a bank holiday weekend show that is going to be one of THE nights of 2012!

Carl Cox is an irrepressible force who continues to push the boundaries, an ambassador, a titan – a legend!
A musical ambassador since he was in short trousers, a professional DJ since his early teens, a veteran of acid house and a champion of techno – you name it, Carl's been there and done it, never losing sight of his passions – playing music, breaking tunes, spreading love and celebrating life.
He launched Intec Digital in 2010, the digital return of his seminal Intec Records, with exclusive releases from some of the biggest names in techno. He also launched his first ever iPhone App, giving fans the opportunity to get all the latest news, tour dates, exclusive photos, videos and new music at the touch of a button, whilst also providing direct access to Carl’s record breaking Global radio show, which now reaches over 12 million listeners worldwide. He also released his first ever Global Underground album in 2010, ‘Black Rock Desert,’ put the finishing touches to his new artist album, due next year, played in venues across the USA, South America, Europe, the Far East, and Australia, and enjoyed his most successful Ibiza season to date, with the Revolution Continues, his 9th consecutive year at Space.
Jon Rundell will support Carl in Main Room, a firm fixture in the Intec family and one of the few DJs that can warm up a room perfectly in time for the arrival of Coxy himself.  A Colours event wouldn’t be a Colours night without a set from long standing residents Jon Mancini & Giovanni Ferri.

Win Tickets for this event in our Competition page