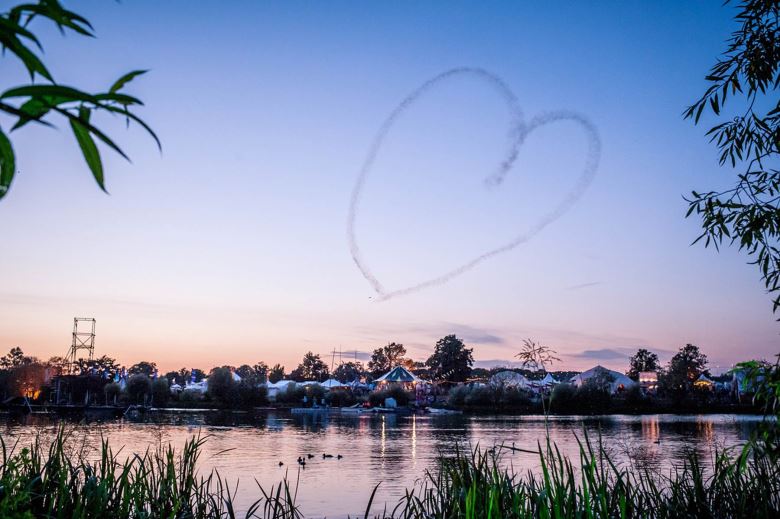 The multi award-winning Secret Garden Party, the event that set the creative benchmark for festivals in the UK and around the world, announced today that this year’s event, July 20-23, will be the final installment in its illustrious 15-year tenure.

From humble beginnings as a gathering with a few hundred friends the passionately independent Secret Garden Party has grown organically over the years. Its fun-loving friendly outlook, its much-loved eccentricity, and its meticulous attention to detail has inspired and enabled a generation of creative artists, musicians and performers to develop and thrive, whilst embracing the core values of friendship, participation and ownership with its audience. It has also been a major hub for leftfield, like-minded people who were eager to ‘escape to reality’ through the counter-culture. It can be proud of a legacy that inspired so much (and so many) as well as having been the setting for such a collection of wonderful memories and lifelong friendships.

There is never a perfect time to announce this as either too early or too late would have consequences for the loyal gardeners.

“15 years ago I started out with a set of ideas as to what makes a good party and the most perfect venue for it. But with no set idea of what the destination was for this venture the ‘festival’ was, at that time, the perfect medium through which to explore these ideas. But rather than getting too excited and telling you about the phoenix we are going to raise from all of this, it bears explaining why we are lighting the fire.

Much has changed since our first Garden Party, when there was nothing else like it in the UK: Facebook, YouTube and Twitter had yet to be invented and no one knew what a boutique festival was, let alone Glamping.

Since then the Garden Party has defined and redefined outdoor events in the UK; we have done so as a collective of truly independent outsiders.

We have never compromised our principles and we never will. SGP has always been a beacon of what you can do within those terms and, as imitation (being the sincerest form of flattery) proves, it has set the bar for everyone else going forward.

But it is exactly because of those principles, and the love of those who have made the Garden Party what it is, that we are committing this senseless act of beauty.

What better way to honour the love that has been given to this project and wholly demonstrate this principle than finishing now? This isn’t some principled self-immolation: this is opening up it for the future. So this summer will be the almighty send-off that the Garden Party deserves and whilst that is going to cause some tears to be shed, think of it more as ‘Dylan goes electric’ than our Altamont.

Because after all you can’t be avant-garde from within an institution and lest we forget: the frontier always moves.”