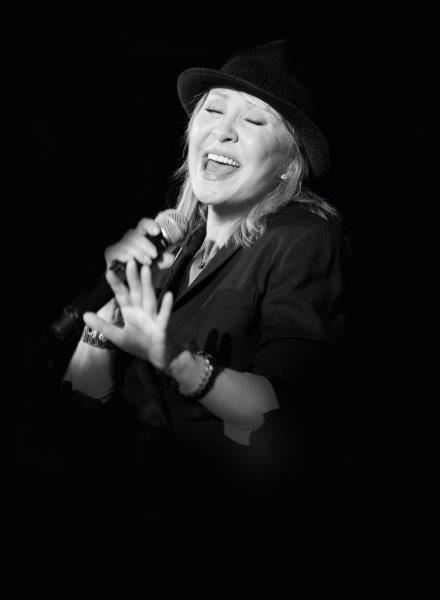 Pop icon Lulu has been confirmed as headliner for this year’s Sunday afternoon show.

Lulu will be joined by BRIT and MOBO award-winning singer-songwriter Lemar. Previously-announced headliners for the Tynemouth Castle & Priory arena include Bryan Ferry, Will Young and James Bay.  Tickets for Lulu are on sale Friday 4 March, from 9am.

Lulu, successful since the 1960s, is celebrating 50 years in music and will bring decades of hit records to Tynemouth for a very special show.

Her many hits include Shout, Leave a Little Love, The Man Who Sold the World, Eurovision smash Boom Bang-a-Bang andRelight my Fire,  her chart-topping song with Take That.

Taking place in the stunning setting of Tynemouth Priory and Castle, Lulu will be joined on the bill by multi-award winning, British R&B singer Lemar; best known for hits including Dance (With U), If There’s Any Justice and 50/50.

In further line-up news, Wearside-born Nadine Shah will support Bryan Ferry, Tunde Baiyewu, and the voice of theLighthouse Family, will take to the stage ahead of Will Young and Hyde & Beast, featuring Futureheads drummer Dave Hyde, will appear at James Bay’s sell out show.

Hyde and Beast’s song Keep Moving was used in a national TV ad campaign and shown at the Super Bowl at half time. Tunde Baiyewu is the voice behind some of the biggest hits in British pop. As one half of the Lighthouse Family he achieved 3 Top Ten albums and 11 Top Thirty singles including Lifted, Ocean Drive and High. North East singer-songwriter Nadine Shah released the critically acclaimed album Fast Food last year and returns to the Mouth of the Tyne Festival for the third time.

This announcement follows the news that North East music legend Bryan Ferry is to play the Festival on Thursday 7 July, and pop superstar Will Young will perform on Friday 8 July.

A show by Grammy nominated James Bay, on Saturday 9 July, is already sold out.

The Mouth of the Tyne Festival, now in its twelfth year, has welcomed a vast range of household name artists to North Tyneside including Paul Weller, Beverley Knight, The Script and James Morrison.

International street entertainers are once again expected to take to the coastal village to entertain visitors and residents.

The Mouth of the Tyne Festival is organised by North Tyneside Council and supported by Kier, Tyne Met College and Port of Tyne.

Mouth of the Tyne Festival 2016 Lulu