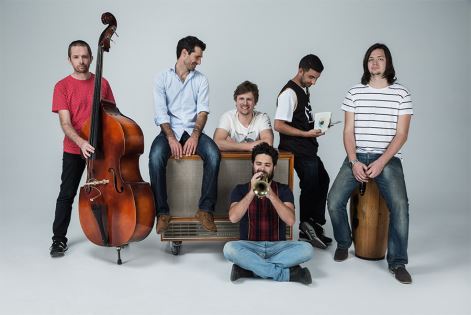 Eden Festival 2015 brings the biggest line up to date. Experience over 250 acts performing across 9 stages, set in the stunning Raehill Meadows of Dumfries.

This years headliners THE CAT EMPIRE are a six-piece funk fusion band from Australia who mix it up with rock, reggae and jazz. A massive live draw on their home turf (where they’ve won an ARIA and hit number 1), their reputation has since spread to the US, Europe and the UK. This band will have you whipped up in a frenzy of giggling, grooving, and swaying.

GRAND MASTER FLASH, is an American hip hop artist and DJ. One of the pioneers of hip hop dj’ing cutting and mixing, with a mantle piece full of awards he’s sure not to disappoint.

Closer to home we have MS. DYNAMITE, a British hip hop and RnB recording artist. Winner of the Mercury Prize, Two Brit awards and three MOBO awards, and made famous with her infectious hits ‘It takes more’ and ‘Dy-na-mi-tee’.

Director Meredith Langley Vine “ Every year we go bigger and bolder and this time round it’s no different. We have plenty more surprises to reveal over the next couple of months so keep your eyes peeled. The line up this year includes a lot of new music for the smaller stages and Headliners The Cat Empire have a universal appeal. They are a band that we have wanted to host since the festival started in 2009, so we are exceptionally delighted to have them at the top of the bill this year'.