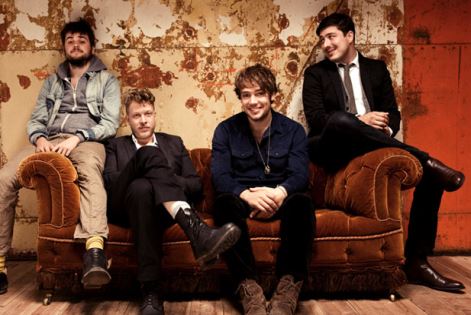 Reading & Leeds Festivals are very excited to announce Mumford & Sons as Main Stage headliners! The British rock band last appeared at Reading & Leeds in 2010 when they performed a triumphant set to a packed NME/BBC Radio 1 Stage. The band return to

Festival boss Melvin Benn comments: “I’m delighted to have secured Mumford & Sons for Main Stage headliners this summer and can’t wait to see them return to the Festivals for their first UK performance in over two years. With today’s announcement of a further eight great acts joining the bill, the Reading & Leeds line-up is already shaping up to be one of the best ever and I’m looking forward to revealing the third headliner and even more great artists soon.”

Reading & Leeds continue to tear-up the festival season by securing performances from some of the biggest bands around.

Royal Blood bring what the NME memorably described as an “absolute turbo bastard of a rock record” to Reading & Leeds exclusively this summer; the duo’s unique take on drums and bass has seen their self-titled debut sell almost a million copies worldwide to date.

Chase & Status said: "The last time we played Reading & Leeds, the crowd were insane and we had to stop the set four times – there was so much energy. This year, we’re coming back as Rebel Sound, Culture Clash Champions 2014 – ourselves and Rage, David Rodigan and Shy FX. We’ve only performed together once and it’s safe to say that night was incredible. We’re already preparing the new dubs…can’t wait to see what the Reading & Leeds crowd will bring this summer.”

Having spent years on the road honing their craft Catfish and The Bottlemen’s debut LP ‘The Balcony’ saw them catapulted into the public consciousness. With a sold out tour on the horizon including two nights at the legendary Brixton Academy, Reading & Leeds is the perfect place to catch tunes like their irrepressible single ‘Cocoon’.

The band said: "Made up to announce that we'll be back at this year’s Reading and Leeds! Last year really was a gamechanger for us and one of, if not the best shows we've ever done! This year's gonna blow it away..."

After recently topping the BBC Sound of 2015 poll, London’s Years & Years will be making their Reading & Leeds debut. Bringing their expertly considered pop melodies to the Festival to perform singles, ‘Desire’ ‘Take Shelter’ and ‘King,’ they'll show why they've been deservedly crowned stars.

The band said: "Wooooo we are so excited to be playing Reading and Leeds Festival! We'll be bringing three times as many synths as Metallica - can't wait to party with you all."

Lead by the beautiful, melancholy vocals of lead singer Ellie Rowsell, North London’s Wolf Alice craft skuzzy grunge-pop of a quality that has seen them championed by media and fans who have pushed them up through the ranks of Reading & Leeds.

Youthful indie-punk four piece hailing from Merthyr Tydfil in the Welsh Valleys, Pretty Vicious have already received daytime BBC Radio 1 support from the likes of Fearne Cotton and Greg James. The band’s set is sure to turn heads at the Festivals this summer.

Mesmerising singer and multi-instrumentalist Jack Garratt will be returning to Reading & Leeds this summer with his spellbinding vocals, triggered samples and amazing guitar solos.

Hannah Wants began the year named as Mixmag’s breakthrough DJ of 2014 and will make her Reading & Leeds debut with her hard-hitting, heavy bass sound. Hannah’s bound to put her mark on the Festivals when she drops her hit ‘Rhymes’.