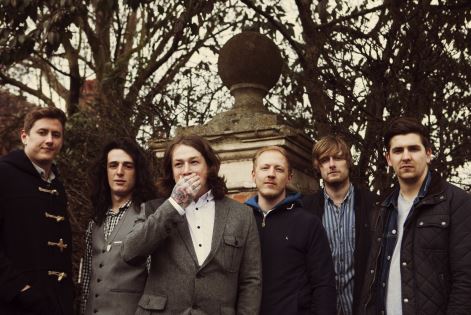 Kerbdog, Pulled Apart By Horses and Arcane Roots are also confirmed in the first line-up announcement of the year from the multi-award-winning festival, along with The Computers, Rob Lynch, Big Sixes, Allusondrugs, Nothing But Thieves and &U&I.

Gloucestershire’s own SOLEMN SUN, The Cadbury Sisters and Thrill Collins are set to play, along with Milk Teeth, The St. Pierre Snake Invasion, Bridges, Lonely Tourist and Rozelle.

"2000 trees is a festival we've always looked forward to one day playing, due to its solid line-ups of great British rock bands. It's great that our pals Big Sixes will be there and we're looking forward to The Computers and Rob Lynch too" Tickets are now on sale at last year's prices until midnight tomorrow (Sun, Feb 1st) and are available at www.twothousandtreesfestival.co.uk/tickets