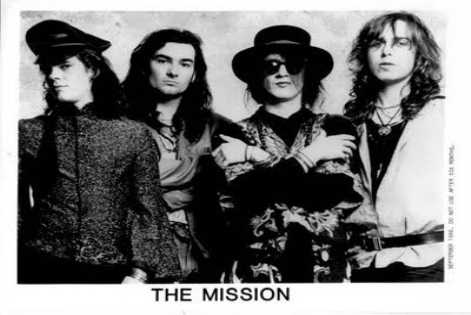 Download Festival organisers are proud to announce the addition of three more stellar acts, who will perform at this year’s festival.

AxeWound, the exciting new metal ‘supergroup’ comprising of Bullet For My Valentine frontman Matt Tuck, Cancer Bats vocalist Liam Cormier, Glamour of the Kill guitarist Mike Kingswood,  ex-Rise To Remain guitarist Joe Copcutt and Jason Bowld, touted as the best session drummer in the UK, will play on Friday 8 June on the Pepsi Max Stage, and UK rock band The Mission, with 25 years of countless hits and packed out houses, will headline the same stage, but on Saturday 9 June. Northern Irish rockers Million Dollar Reload will play Sunday 10 June on the Jagermeister stage.
Commenting on their performance, The Mission singer Wayne Hussey said, "I believe it's 21 years since we last played a major festival in the UK which would've been Finsbury Park. We're looking forward to partaking of the British summer festival spirit but I won't be taking my sleeping bag and I won't be sleeping in a tent. That's for mere mortals. We're looking forward to playing to an audience that essentially isn't ours. We like a challenge, weseem to raise our game when our backs are against the wall, so, bring it on....".