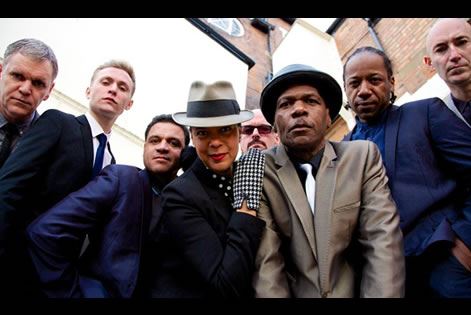 WATCHET LIVE FESTIVAL – The Selecter Anounced As Friday Night Headliners They join The Boomtown Rats, Big Country, Blow Monkeys, Dr & The Medics and many more on the bill for 2015

WATCHET LIVE C.I.C, the organisers of WATCHET LIVE FESTIVAL have announced that The Selecter have been added to the bill for this year’s festival. They join an incredible 3-day line up which includes The Boomtown Rats, Big Country, Blow Monkeys, Dr & The Medics, John Otway and many more.

The Selecter are an iconic 2-tone Ska band. Fronted by the original singing duo of the legendary Pauline Black and ‘Gaps’ Hendrickson, the dynamic and impaccable duo take centre stage in what is arguably the band’s ever best line-up. The Selecter’s performance will feature all the classics such as Three Minute Hero, On My Radio and Too Much Pressure, alongside tracks from their incredible new studio album, Subculture.

The Boomtown Rats have been storming festivals since the ‘classic’ line up of Bob Geldof, Simon Crowe, Garry Roberts and Pete Briquette re-formed in 2013. With a huge back catalogue of Top 10 hits including Rat Trap (the first UK No.1 by an Irish band), Someone’s Looking At You, Banana Republic and of course the ubiquitous multi-million selling I Don’t Like Mondays, this is set to be the biggest Saturday night performance that Watchet Live Festival have ever hosted.

Sunday night’s headliners are the magnificent Big Country. Formed in Dunfermline in the early 80’s the band went on to have a string of hits and four Top 10 albums, including 1984’s Steel Town, which went to Number 1.

Also headling the billing are 80’s New Wave legends The Blow Monkeys, the always entertaining Dr & The Medics, double-necked guitar wizard John Otway along with long-term collaborator ‘Wild’ Willy Barrett, Merry Hell, Tankus The Henge and many many more – and there is still 1 major main stage co-headliner yet to be announced!

Once again taking place on the August Bank Holiday Weekend, Friday 28th – Sunday 30th August, Watchet LIVE Festival will showcase the very best music, food and entertainment from the Westcountry and beyond.

Watchet LIVE is a not-for-profit family-friendly festival with amazing views of the stunning West Somerset coastline and beyond. Three live stages will host more than 50 live acts, bringing a wide range of high-calibre musical acts not normally found performing in West Somerset, at a very affordable price.

Following the success of last year’s sold out event (the festival’s third in a row), Watchet LIVE Festival has made financial donations to local groups including The Children’s Hospice South West, West Somerset Brass band, and the local “Stand Against Speed” young driver’s awareness campaign.

2015 will see a doubling of the camping and car parking space available in previous years. There will again be even more emphasis on youth-oriented daytime and evening entertainment & workshops. A shuttle bus from the main town to the festival site in the afternoon and evenings on each day has been introduced.