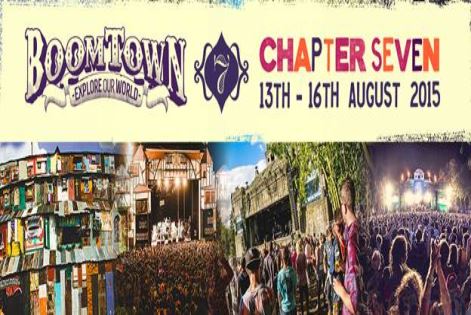 BoomTown can now reveal the massively anticipated line-up for one of the most popular districts at the Fair; the bass rumbling, soul shaking sounds of TrenchTown!

This penultimate district announcement gets deep into the roots, reggae, dub, dancehall and jungle of TrenchTown’s 40ft high Lion’s Den temple, Sound System culture of Tangled Roots woodland clearing and the beach party vibes of the Hidden Woods, which will all be welcoming one of the biggest reggae line-ups ever to be seen on these shores!!
The jaw-dropping, international heavyweight additions to the bill include six time Grammy winner and one of the biggest names in the business, Stephen Marley; dancehall living legend Barrington Levy; Grammy nominated reggae rock fusion SOJA; conscious revolutionary Anthony B; part of the new wave of rising roots reggae stars to come out Jamaica in recent years Protoje; UK ragga of Serial Killaz & General Levy; heavy duty dub vibrations of Aba Shanti-I and the non-stop dancehall party The Heatwave are guaranteed to bring!
These recent additions to the already massive line-up will be joining TrenchTown acts including: Matisyahu, Alborosie & Shengen Clan, Black Uhuru, Cham feat. O, Cutty Ranks, Turbulence, Ward 21, Katchafire, Shy FX feat. Stamina MC, David Rodigan, Chopstick Dubplate feat. Jah Mason & Demolition Man, Natty, Mungos Hi-Fi feat YT & Charlie P and 100’s more!!
“It blows our minds that we are able to bring this kind of reggae line-up to the UK and our BoomTown citizens! Starting out as a small ska and reggae festival we could never have dreamt that we’d be in a position to be able to have this kind of line-up, let alone representing just one of our eight areas!! We just can’t wait for the summer to come and welcome back all our citizens with some of the very best reggae acts in the world!”

Lak Mitchell – Co-Founder and Creative Director
Most of the acts for all eight districts have now been announced and cover the uniquely BoomTown mix of reggae, folk, dub, psy-trance, world, drum and bass, Balkan, gypsy-punk and loads more!! Headliners from other districts include Flogging Molly, Gogol Bordello, John Butler Trio, Amadou & Mariam, Streetlight Manifesto, Caravan Palace, DJ EZ, Toddla T & DRS, Swamp 81, The Bug & Flowdan, Phil Hartnoll (Orbital) DJ Set, Kate Tempest, Jungle Brothers, Goldie Lookin Chain, High Focus Takeover, Dubioza KoleKtiv, Amsterdam Klezmer Band, La Pegatina, Deluxe and Scarecrow.
The last in the eight district announcements will be ChinaTown, coming next Tuesday 3rd March with a huge headliner announcement at the top of a bill that is a properfiesta of ska, ska-punk, Gypsy-punk and basically anything that gets people jumping in the air with their knees around their ears!!