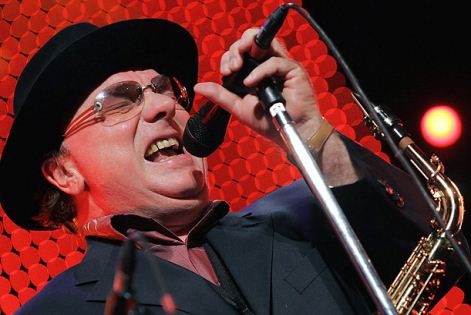 The Cornbury Music Festival 2013 boasts a bill of suitably celebratory proportions. This year will see first time appearances from 'Van the man' himself Van Morrison

Ten years ago, NASA's brightest and boldest ascertained the precise age of the universe, the world mourned the passing of reborn legend Johnny Cash and his wife June, and Vogue finally endorsed skinny jeans, reshaping the legs, bums and tums of a generation.
Momentous events all, but historians might agree that these and others like them pale in comparison to the inception of the Cornbury Music Festival which this summer celebrates its splendid tenth year.  The festival will take place at Oxfordshire's beautiful Great Tew Estate over July 5th-7th 2013 and will mark one glorious decade of the loveliest Dad rock, Mum rock, kids rock and everything in between. In that time, the Cornbury Music Festival has blossomed into the nation's most cheerfully civilised festival, the place to catch music royalty and society darlings bumping hips and clinking glasses with locals from one of Britain's most prized rural enclaves.
The Cornbury Music Festival 2013 boasts a bill of suitably celebratory proportions. This year will see first time appearances from 'Van the man' himself Van Morrison, wistful ivory-tickling megastars Keane and enchanting balladeer Amy MacDonald, all artists long on the festival's wish list.
Returning champions of festivals past include Ms Imelda May in a record breaking 8th appearance, along with other public requested returnees Squeeze, Bellowhead, Beverley Knight, The Proclaimers, Echo & The Bunnymen, Seth Lakeman and Tift Merritt.
New stars ushering in a second fabulous decade include X Factor winner James Arthur, Emilia Mitiku, King Charles, Lawson, Jack Savoretti, Lucy Spraggan and world music pioneers Osibisa.
Quieter types can mingle (with anyone too full of cider to dance) at the much loved Absolute Radio Comedy Stage, which returns with a hilarious bill. Also back to entertain the craniums of festival-goers, the proud Oxfordshire folk who created the best-loved BBC panel show QI.
For those more likely to be propping up the bar, the festival even has its own beer. The Cornbury Music Festival has teamed up with award winning independent local brewer Hook Norton for the creation of anniversary ale, The Glorious 10th, available in nearby watering holes prior to the event for anyone keen to do their research.
Festival Director Hugh Phillimore says - ‘I’m truly amazed that we have reached our 10th anniversary – we’re all really proud to have created such a well-regarded event which we feel ranks amongst the best in the UK. It’s been an interesting road – we’ve obviously grown-up with the event and learnt many lessons along the way – and I’m particularly thrilled that we’ve managed to secure such a fantastic bill in our anniversary year.'