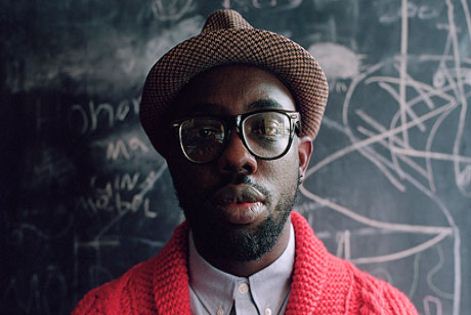 The wordsmith Ghostpoet and Berlin based Art Brut head up a wave of acts that set the stage for Farmfestival 2013.

Ghostpoet and Art Brut head up first wave of Farmfestival acts!
That's right, the cooler than a cucumber wordsmith Ghostpoet will be performing at this year's Farmfestival. Accompanied by his live band you can expect material from his forthcoming album along with all the best bits from his acclaimed debut Peanutbutter Blues and Melancholy Jam.
Also Farmfestival welcome the wonderful story telling rock legends, Art Brut this year.
It is exactly ten, sweet long years ago that Art Brut first sat down in a room together to raise the musical bar. Ten years of heartache, ten years of beauty, ten years of booze related injuries.
Farmfestival have it on good authority that Monsieur Eddie Argos and gang will be back in May with a ‘Best Of’ rammed full of everything from desserts to weekends… one of the best live acts in the UK, this is not to be missed!
Other acts confirmed for Farmfestival 2013 include The Skints, DJ Die, Reeps One, Son of Dave, Typesun, Mt Wolf, Nimmo & The Gauntletts, DJ Woody, Leftside Wobble, Laidblak and The Fire Beneath the Sea.