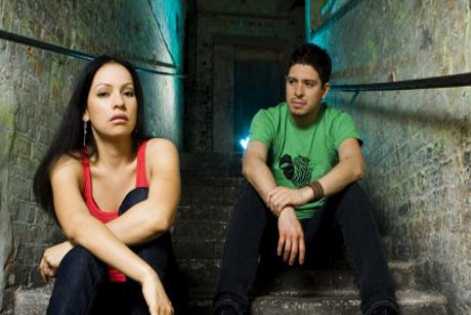 Some of the finest names in musicianship are already confirmed for the 2012 spectacular and Wilderness is proud to announce that Mexican duo Rodrigo y Gabriela and pulse pounding orchestra C.U.B.A will be a performing together.

The award winning Wilderness festival, today announces its first wave of enchanting acts across music, food, talks and debates, theatre, late night parties and outdoor pursuits. Curated by the producers of Lovebox and Secret Garden Party, Wilderness is a celebration of the arts and outdoors and will return to the breathtaking Cornbury Estate on 10-12th August 2012.
Set in the wilds of England against an exquisite backdrop of lakes, forests and parklands, Wilderness 2012 will offer a gastronomic banquet for all the senses.
Some of the finest names in musicianship are already confirmed for the 2012 spectacular and Wilderness is proud to announce that Mexican duo Rodrigo y Gabriela and pulse pounding orchestra C.U.B.A will be a performing together in a UK festival exclusive.
Also venturing into the wild this year will be Chicago stalwarts Wilco, who wil bring their own brand of bold and breathtaking alternative rock to proceedings. Joining them are space-rock icons Spiritualized, Oxford boys Stornoway, British soul sensation Lianne La Havas and Sydney based psych-folk four-piece Cloud Control.
London Folk Guild are also returning for a second year bringing a variety of folk performers to the festival.
Other feasts for the ears will include; US rockers Giant Giant Sand and Grant Lee Buffalo, the honey voiced Jenny O, Sunderland’s finest Field Music, Malian songstress Fatoumata Diawara, New York hipsters Milagres and folk-pop outfit To Kill a King.
Tim Harvey, festival organiser says:
“Last year was the first ever Wilderness festival and we were thrilled to see that 10,000 others shared our passion for a new festival concept. This year, the festival is back and we’re planning even more adventure as we celebrate the arts and outdoors in the beautiful Cornbury Park.
“For us, it’s important for friends and family to come along and use the weekend as a place to indulge the senses, relax, eat well, escape, learn and enjoy activities that aren’t so easily accessible in our day to day lives. We’ll be adding foraging in the woods, horse riding, food workshops, a bandstand, a new twist on wine tasting and plenty other new entertainment.”
The much lauded banquets will be making a welcome return for 2012 and will see another three days of communal feasting in the beautiful Wilderness banqueting tent.  Wilderness is delighted to welcome the incomparable Yotam Ottolenghi who will headline and curate one of the weekend’s three sumptuous feasts. He will be joined by the founder of the award winning St John restaurant, Michelin Star chef Fergus Henderson. Completing the set is nature lover Valentine Warner who will be sourcing the ingredients for his veritable feast from a three-mile radius of the Wilderness festival site. Expect lavish three course banquets served on long communal tables in stunning surroundings.
Exmouth market’s famous Moro will be making a welcome return to the wild for 2012 to host their very own Souk Tent. The beautifully dressed Bedouin tent will be open for the duration of the festival and will serve a fusion of Spanish and Middle Eastern dishes with an accompaniment of cocktails, wines and aperitifs.
The 2012 food offering will also include an immersive mix of talks, tastings and workshops curated by local Cotswolds food school Thyme at Southrope Manor. The Thyme area will offer three days of total immersion in everything from market gardening to gourmet gastronomy.
The fo:rem will also return to feed and enrich the mind with its nourishing line up of talks and debates. The likes of Aleks Krotoski, Tim Gill, Intelligence Squared and Robin Ince will be amongst the speakers lined up for a weekend of talks, debates and related workshops.
A new addition to the talks and debates lineup is The School of Life whose London-based workshops have consistently sold out and offer a place for people to step back and think wisely.
Tom Hodkinson’s Idler Academy will return to Wilderness inviting festival goers to view life differently and The Royal Observatory will also be on hand offering star gazing sessions.
One of last year’s biggest highlights, The Old Vic will be back to host a wild masked ball bringing together incredible performance and an outlandish party deep in the woods.
And after you have fed your stomach and mind, why not relax the body with The Wilderness Spa? Set alongside the beautiful lakes, it will offer festival-goers hot tubs, a champagne bar, saunas and massages.
A new addition for 2012 is The Healing Herb Garden, which can be found nestled in the woods amongst saves of lavender and geranium galore offering a safe haven of restorative treatments and workshops.
There will also be bigger and more improved kids and family area which will include ‘laughter therapy’ with the Flying Seagulls, Fairyland Trust workshops and even Guerilla Geography. Bearded Kitten will be returning to host the famous ‘Not Your Average’ Cricket match on the lawn complete with lashing of Pimms and piles of cucumber sandwiches will also be on offer and will all take place against the stunning backdrop of Cornbury estate.