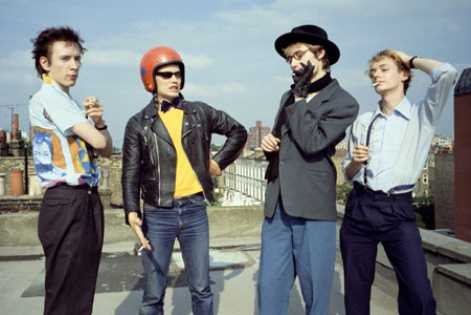 Widely regarded as one of the most innovative and influential bands of all time, Public Image Limited have been announced to headline the Levellers’ Beautiful Days festival in Devon on the Saturday this August. After fronting the Sex Pistols, John Lydon formed PiL in 1978. PiL - John Lydon, Bruce Smith, Lu Edmonds, Scott Firth – are set to release a new album in 2012.
Frank Turner & The Sleeping Souls, who have enjoyed a massively successful last few years and are to play a headline show at Wembley Arena in April, are back at Escot Park by popular demand to headline the main stage on Friday night. Festival founders Levellers who release new studio album Static On The Airwaves in April will close the celebrations on the Sunday night followed by a firework spectacular.
Headlining The Big Top is Jethro Tull's IAN ANDERSON plays Thick as a Brick where Ian Anderson commemorates the 40th Anniversary of the groundbreaking album playing it in its entirety for the first time since its original tour plus highly acclaimed Texan quintet Midlake and guitar legend Richard Thompson.
The festival is also delighted to welcome a host of other names including some more friends from previous years who are returning to Escot Park for the festival’s 10th year celebrations. Winner of BEST FAMILY FESTIVAL at the UK Festival Awards 2011, Beautiful Days a family music festival with six stages, site art, a huge children’s area in the centre of the festival, comedy, theatre, family camping, a healing area, licensed real ale bars from Otter Brewery & carefully selected food and craft stalls. The festival has no corporate sponsorship or branding and does not advertise.
Also announced today for the Main Stage and Big Top are folk-rockers The Waterboys, cult punk-rock band New Model Army, the energetic and outstanding folk big band Bellowhead plus Inspiral Carpets who regrouped in 2011 with their original line-up, Alabama 3 returning to play an electric set and American ska-punk band Reel Big Fish.
Festival favourites Dreadzone, plus Billy Bragg celebrates Woody Guthrie’s 100th Birthday, The King Blues and Simon & Oscar from Ocean Colour Scene (Acoustic) have been added to the bill as well as Chris Wood, The Skints, 3 Daft Monkeys, Emily Barker & The Red Clay Halo, Larkin Poe, The Peatbog Faeries and The Travelling Band.