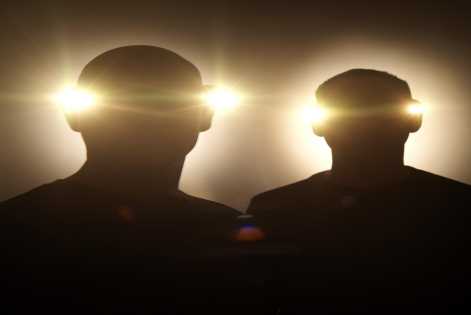 Wildlife theme for 2012 announced plus 12 New Things For 2012 and first act revealed: Orbital will be headlining the Big Top on Sunday night.

So without further adieu here are 12 things that are brand spanking new to Bestival this year
1) The theme for Bestival 2012 is Wildlife…We want you to unleash the party beast from the hinterlands of your imagination, covering Robin Hill with some properly wild things, from fantastic fauna, kings of the jungle and even organisms aplenty to just the outrageously wild... The sky is far from the limit of what can happen when you get amongst the wildlife….And we will also be launching our very own Insect Museum and Animal Tug of War.
2) Barter for Bestival – can’t afford a ticket? Then barter yourself to us for a few hours to help with an IOW charity legacy project in exchange for a free Bestival ticket! 50 people from far and wide will get the opportunity to help create a community allotment space working with Natural Enterprise.  Applications will open on 20th February when full details are announced so watch this space.?
3) Film is coming to Bestival in 2012 – new for 2012 are the Lost Picture Show – a vintage cinema to take you back to the golden age of movie going, plus Rob da Bank will be rescoring the 1930s original of King Kong at the brand new Amphitheatre performance space in the Woods with more film collaborations to be announced soon.
4) Soul Park – our new and expanded Healing Area will feature unique spaces for yoga, massage, relaxation, hammocks and meditation with the David Lynch Foundation plus wood-burning Scandinavian hot tubs and a sauna area.  Perfectly calm for when you just need to relax a little and refresh to get your positive energy recharged.?
5) Arcadia Mechanical Cabaret – not content with having invented the crazy mechanical spider that spits flames and has scared the living pants off us at the last few Bestis, Arcadia have now trawled the world for brand new structures and insane fire art to wow us with, much of it from Burning Man.
6) Young British Foodies – We’ve got the country’s finest young chefs, street food vendors, bakers and mixologists all under one roof! Winners of the nationwide search for the most talented Young British Foodies will be joined by the YBF all-star foodie judges to create a never-been-done-before, spectacular eating experience.
7) The Bollywood Bar is having a complete Josie da Bank makeover – with an old London bus being transformed into a Bollywood chill out bar in full Indian colours and the inside getting a cinematic Bollywood lick of paint.
8) Grand Palace of Entertainment – roll up roll up, we’ve cranked up the fun factor with this new venue! Expect twisted cabaret, raucous games and quizzes, dancing-lycra-clad-bearded trannies and multicolored, glitter strewn, late night parties. ?
9) More camping space – yes we may not be expanding on capacity onsite cos we know we’re the right size but we will be creating much more space for you… check out this aerial picture showing you all the new land we’ve taken.
10) Create a bloco for the Bestival Carnival – Your chance to unite with other festi-goers and get creative! We are inviting you to form your own bloco and be part of ourcarnival parade on Saturday afternoon. From fabulous costumes, to drumming,dancing and giant puppets, we can’t wait to see what delights you come up with! Details of how to enter coming soon.
11) Cycle To Bestival – emulate mighty Mark Cavendish with a truly Olympic effort to ride almost 100miles from Central London to Bestival…and raise cash for charity. More details will be available at the end of the month but you can get in training now if sounds like fun to you… on yer bike Bestivalites. ?
12) Rob da Bank’s Music Club - Are you a rock star in the making? Head to Rob da Bank’s Music Club to find out! This project, set up in partnership with the Isle of Wight Youth Trust, is coming to Robin Hill to offer up a brilliant selection music and arts workshops.
As well as all the brand spanking fresh stuff there’s going to be a healthy dose of unbridled joy on the dancefloor too, as Bestival are overjoyed to declare that dance music legends Orbital will be crossing the Solent to join us for an epicurean adventure, or as we used to call it a proper rave up, headlining the Big Top on Sunday night! Renowned for their festival annihilating brilliance and a dashing line in torch specs, the brothers Hartnoll are true pioneers of dance music and with a brand new album, ‘Wonky’ currently getting the critics all giddy, you can expect nothing less than a legendary set!

Published on 01 February 2012 by Ben Robinson