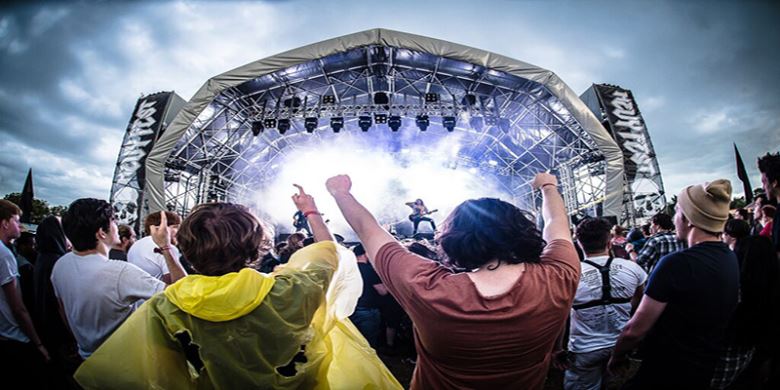 Whilst this is great for those festivals, there are also those that are proud to have a much more independent status.

It seems that each and every year, more of these smaller, more intimate festivals are popping up across the UK. They vary in style, size and of course content. But one thing is the same, they are supported and ran by a group of dedicated individuals, focused on delivering an awesome, albeit smaller festival experience.

So, what does 2017 hold for Independent Festivals?

Started by 6 friends in 2007, the aim of 2000 Trees was to allow music fans to see the bands that they love, without having to pay through the nose. Not only did they want the festival to become a value for money alternative to the larger, more costly festivals, but they also wanted it to raise environmental awareness too.

Since it has been started, this festival has won plenty of awards and during the weekend in July those that head to his festival will see over 80 acts across 4 stages, as well as checking out the trader village and the comedy performances too.

Barn on the Farm-29th June to the 2nd July

If you love folk music, then Barn on the Farm is the summer music festival for you. Based in a beautiful farm in Gloucester, it is spread through several barns and is a place to not only enjoy some amazing live music, but also meet new people and make new friends.

Set up in 2010 as a small venture, each and every year this festival has gained reputation and sees more and more people attending.

Bestival- 7th to the 10th September

An award winning festival, Bestival is one of the biggest independent festivals in the UK. Spread over 4 days and moves to Lulworth Estate in Dorset for 2017

Bestival attracts some of the best names in a variety of music genres, and as it is growing each and every year. Which means that it is fast becoming just as popular as some of the larger festivals.

The humble beginnings of the Shambala Festival with just 150 people in a field during 1999, has led to a popular and well established festival.

Designed for all the family, those who head to Shambala will find so much to keep them entertained throughout the weekend.

Circus performances, talks, cafes, art, kids activities and a whole host of workshop. Whilst the line-up may be a closely guarded secret, one thing is for sure that if you head to Shambala then you, and all your family will have a great time!

The Deer Shed Festival- 21st July to the 23rd July

Another family friendly festival is the Deer Shed Festival. Located in a stunning parkland within North Yorkshire, this is a relatively new festival that is still growing each and every year.

Just off of the A1 it is not only conveniently located for all those festival goers, but also has wall to wall music and plenty of things to keep the smallest festival attendees happy!

So, if you are looking for the ideal independent music festival for you and your family this summer, why not try one of these? Packed full of fun, without the corporate undertones, they prove that you don’t have to pay big bucks to have big fun!