Jazz Blues
comments
The Burton Agnes Jazz and Blues Festival is held over three days, with performances both inside the stately Elizabethan Hall and outside in the Hall’s beautiful grounds, the Burton Agnes Jazz & Blues festival presents a varied line up of funk, traditional jazz, hard blues, dreamy vocals and everything in between. The large stage on the Main Lawn is where the Festival’s main acts will perform. With rolling fields behind the stage and pristine woodland to the side, you couldn’t ask for a more stunning setting. Families flock to the Burton Agnes Jazz and Blues Festival for the safe, easy-going vibe. Of particular interest to children, is a Children’s Corner with play area. There are 15 acres of magical gardens to explore including a walled garden with maze, jungle garden and giant games, and a woodland walk with forest creatures to find. Local food and drink feature heavily at the festival.

2015's festival was a resounding success and 2016's dates have already been announced as the first weekend in July, running from 1st until 3rd.

'Wow another brilliant weekend. Thank you to all of the team who work so hard over the weekend, a big well done and thanks to you all from two very satisfied lovers of the festival. ' 2015 Festivalgoer, Val Bareham 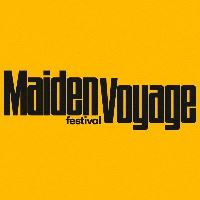