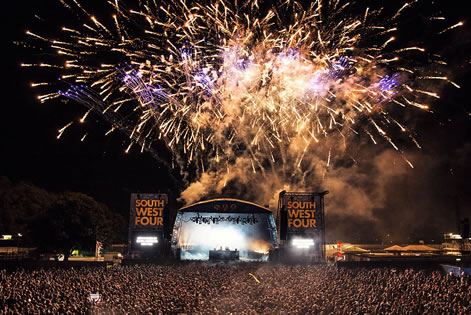 South West Four 2015. A year of firsts. An increased capacity has allowed SW4 to showcase ten incredible arenas across the weekend for the very first time. An increase in stages has meant they can finally debut a second main stage, the biggest indoor structure ever erected on Clapham Common. And with two main stages set to welcome your favourite headline DJs and live electronic acts, their line-up will hit the three figure mark for the first time, welcoming over one hundred artists to Clapham Common.

The message here is simple; Twelve years in and South West Four continues to push the boundaries for UK electronic music festivals. As they move into a new era in the development of the event they’re in no mood to hold back. SW4 2015 will be the biggest and best instalment to date and looks to top last year’s weekend which was widely regarded as their best ever, resulting in winning the coveted 'Best British Festival' award at the DJ Magazine awards. Once again they will bring you a line-up featuring heavy hitter after heavy hitter and prove that SW4 is the must attend festival for all August Bank holiday revellers.

Returning to the spiritual home of Clapham Common on Saturday 29th and Sunday 30th August, dance music enthusiasts from the four corners of the British Isles and beyond will join us for a sun soaked weekend like never before. This is South West Four 2015…

To win tickets and enter simply REGISTER and click ENTER NOW below, its that easy!! Alternatively you enter via twitter by liking our page @UKFG and re-tweeting with #SW4Comp